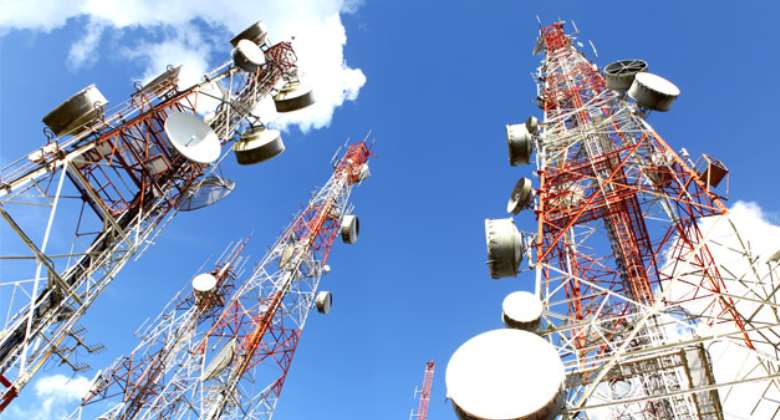 Just this month, three telecom giants in South Africa, MTN, Vodacom and Telkom have sued the industry regulator, Independent Communications Authority of South Africa (ICASA) seeking to prevent it from taking back free temporary emergency spectrum given to selected telcos at a fee during the peak of Covid-19.

ICASA did inform the telcos that the temporary spectrum was purely for the purposes of managing the heightened data consumption due to Covid-19-driven upsurge in digital/virtual activity. They therefore made it clear the spectrum will be taken back November 30, 2021 after extending the deadline several times. But the affected telcos insist that taking it back now will harm the industry and the entire country, because the data consumption burden caused by Covid-19 is still persistent.

In Ghana, a similar gesture was extended to MTN and Vodafone in April last year, on the orders of President Nana Addo Dankwa Akufo-Addo. They were to use the free spectrum for three months, ending July 2021. But as of today, the two telcos still have access to the free spectrum, for the same reason the three telcos in South Africa have sued the regulator - the demand for data now is still as high as ever, because many economic and social activities have been moved permanently online - the new normal.

The CEO of industry advocate, Ghana Chamber of Telecommunications (GCT), Ing. Dr. Ken Ashigbey, in a recent report, stated that data traffic/consumption has been increasing exponentially since Covid-19, and it is expected to reach 5 million terabytes per day. Already, the mobile industry has, between March 2020 and March 2021, invested more than GHC3 billion (US$494.55 million) in network and IS infrastructure expansion to increase data capacity by 130% from 2.2 million terabytes/day to 3.6million terabytes/day, and it is still working on closing the data gap by close of year.

This is where Dr. Ashigbey was thankful to the regulator in Ghana, National Communications Authority (NCA) for the support it granted the industry to bridge the Covid-19-driven data capacity gap, by issuing MTN and Vodafone with free temporary spectrum, which he said, has helped the entire industry significantly.

Unlike ICASA in South Africa, Ghana's NCA has not made any attempts to take the emergency spectrum back, and that is something the Journalists for Business Advocacy (JBA) considers as a welcome news and lauds NCA for, particularly because of the positive implications it has for consumers and the entire economy amid the Covid-19 pandemic.

Director-General of GSMA, Mats Grandryd put it succinctly when he recently observed that the growing importance of mobile connectivity amid Covid-19 has thrown the spotlight on the need for regulators to assign more exclusive frequencies/spectrum to mobile operators at more reasonable prices, to enable them meet the ever-growing consumption demand.

Dr. Ashigbey could not agree more, when he said that there is more to be done to ensure that the industry is able to meet the ever-increasing data demand, while ensuring high quality of service, because, now more than ever before, individuals and businesses require data, not just for socialization and business transactions, but for high consuming activities such as video conferencing, e-education, e-health delivery and much more on a regular basis.

This is how he put it - "Despite this emergency spectrum and significant investment in the networks by the operators, sustaining adequate quality of service levels will be a major challenge for the industry if there are no major policy interventions so far as spectrum availability is concerned. Especially in the face of the accelerated data demand in Ghana since the onset of Covid-19, which is outpacing the rate at which new capacity is being installed within the limited availability of spectrum, resulting in a data capacity deficit."

So, it is the considered view of JBA that, whereas, the mobile industry and consumers are grateful to the President for giving free extra spectrum for a limited period, the need for permanent and affordable extra spectrum has become an urgent necessity as the high demand for data and for better quality of service has become the new normal.

Currently, there are still some challenges with the availability of spectrum, which results in congestion on the networks and affects quality of service, particularly in the face of increasing demand for data. There are a number of proposals still under discussion, on how to effectively and permanently deal with the challenges. JBA is therefore urging the duty bearers to expedite action on the proposals and fashion out policies that serve the best interest of the country and with the final end user in mind.

It has been proposed that network operators should be allowed to re-farm and reuse their existing spectrum to deploy higher technology to expand connectivity and improve quality of service; but the regulator has not sanctioned that yet.

The current licensing regime is technology specific, and that prevents operators from, for instance, re-farming fallow spectrum in the 2G segment to deploy 4G technology; and that means so much spectrum within certain bands still lie fallow, while the regulator keeps selling new spectrum lots for every new technology.

But the industry regulator is working on plans to rollout a universal licensing regime, that will allow service providers to deploy various technology on one spectrum, rather than having to buy new spectrum for every new technology.

"While awaiting the universal licensing regime it would be important for the regulator to give approval for the operators to re-farm some segments example the 1800MHz for LTE," Dr. Ashigbey said.

Meanwhile, the spectrum re-farm proposal, if sanctioned, also comes with its own challenges. Industry players would have to mount more towers, which is expensive, and they also run the risk of residents pushing back attempts to mount towers in their neighborhoods for unjustified reasons related to radiation and health. This requires constant public education, which is something JBA would continue to assist through its various member media platforms.

Spectrum sharing and trading is another proposal on the table for consideration by the regulator. Currently, through the tower companies, there is an effective infrastructure sharing arrangement between telcos, popularly known as co-location. This prevents the situation where each telco would have to mount their own towers and dig separate trenches to lay cables. They share towers and space for infrastructure installation, which also lessens the anxiety of residents.

But it has now become critical that the regulator considers the sharing of active infrastructure between operators to overcome spectrum limitation constraints. So, where Operator 'A' has some excess capacity in particular areas, they could share the capacity with Operator 'B', who may have a need for extra spectrum in that particular area. To the extent that this goes a long way to improve consumer experience, JBA would like to call on duty bearers to act expeditiously on it.

In that same respect, there have been some partnership proposals laid before the regulator to enable companies holding spectrum in different bands to collaborate and deploy modern technology for the benefit of the greater majority. Vodafone and Surfline, for instance tabled a partnership proposal years ago, but it was only recently approved. So it is likely Vodafone will access the Surfline spectrum to expand its 4G capacity soon.

Apart from ensuring wider connectivity and better quality of service across board, the economic benefits of making extra spectrum available for industry players are vast and far reaching. Way back in 2011, a GSMA report on "The Benefits of Releasing Spectrum for Mobile Broadband in sub-Saharan Africa", predicted some significant benefits of spectrum release to these countries, including Ghana.

The report noted that whereas mobile broadband has the potential to strengthen economic growth and social development in sub-Saharan Africa, the current supply of spectrum has placed a limitation on demand, and that means several people in these countries have been cut off. GSMA recently noted that a greater majority of the 3.4 billion people left to be connected to the internet globally live in developing countries.

The report therefore projects if that the governments of sub-Saharan Africa release digital dividend and 2.6 GHz spectrum, they could increase overall annual GDP by US$82 billion; annual government tax revenues by US$18 billion, GDP per capita by 5.2 percentage points, and create up to 27 million additional jobs all by year 2025.

Indeed, the GSMA report acknowledged that for sub-Sahara Africa, expanding broadband connectivity actually means expanding mobile broadband access and not necessarily fixed broadband, because an estimated 90 per cent of people in the region use mobile phones, but fixed broadband is not well developed in the region. In this light, JBA believes that, to ensure maximum benefit, extra spectrum release should be targeted at service providers within the mobile industry and not just any service provider.

It has to be noted that so far, per the spectrum release schedules proposed by GSMA, Ghana has largely been on course with the release of various spectrum lots with various bands between 2011 and now. But there is still more to be done if the 2025 benefit projections in the GSMA Report are to be realized.

In Ghana, if not for anything at all, government is undertaking an aggressive digitalization program, which can only be sustained by reliable and adequate data capacity. There is therefore no gainsaying that government would be shooting itself in the foot if it goes on the path South Africa's ICASA is taking. JBA therefore thinks Government should rather be seen pursuing policies that deliver more spectrum and or allow industry players to maximize the use of existing spectrum to be able to effectively support the Digital Ghana Agenda.

We say no to Bagbin's political charlatanism, partisan chica...
32 minutes ago

IGP cause arrest of police officer for allegedly harassing f...
48 minutes ago