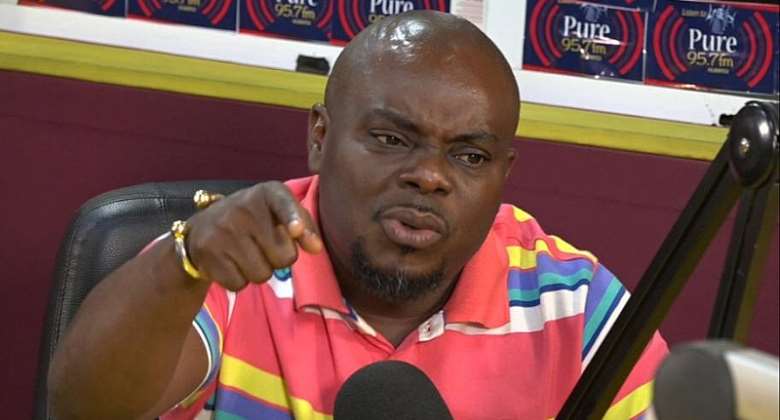 The Human Rights Advocacy Centre (HRAC) Condemns the Hate Speech by Mr. Francis Dodovi, and calls on the IGP to investigation and bring him to justice.

The Human Rights Advocacy Centre (HRAC) is a not-for-profit, independent, nonpartisan, research and advocacy organization set up to promote and protect human rights in Ghana.

On Tuesday, October 14th 2021, MyNewsGh.com published a new article titled, ‘Stone and kill Gays & Lesbians in your communities - NDC big man urges youth’ in which Mr. Francis Dodovi, a leading NDC member makes some comments that can only be described as inciting hate-crimes and violence. His comments call for citizens to be empowered to stone persons involved in homosexuality to death. He calls the bill unnecessary and urges that principles similar to Sharia Law be adapted in the treatment of LGBTQI+ persons.

Article 15 states that the dignity of all persons shall be inviolable, which means that they cannot be infringed upon. Article 15 (2a and b) provides that, “No person shall, whether or not he is arrested, restricted or detained, be subjected to torture or other cruel, inhuman or degrading treatment or punishment; any other condition that detracts or is likely to detract from his dignity and worth as a human being.”

These rights cannot be arbitrarily denied to anyone at the will of fellow citizens as Mr. Dodovi allegedly promotes with his comments. According Section 20 of the Criminal Offences Act, 1960 (ACT 29) the alleged comments made by Mr. Dodovi insofar as they directly or indirectly, instigate, command, counsel, solicit, or in any other manner purposely encourages, or promotes, whether by his personal actions or presence or

The Human Rights Advocacy Centre vehemently condemns Mr. Francis Dodovi’s alleged comments. Comments such as these have real life detrimental and harm consequences for persons in the LGBTQI+ community They fuel attacks against LGBTQI+ persons and encourage citizens to take the laws into their own hands and treat citizens of this nation, human beings as though they are less than. Anyone who has the fortitude to make such statements publicly should be held accountable for the actions of violence, abuse and harm that they incite.

Discourse surrounding the Proper Human Sexual Rights and Family Values bill has created a strained climate and we all have a duty to ensure that the situation does not degenerate into a human rights crisis. HRAC therefore urgently calls on the IGP George Akuffo-Dampare to initiate an investigation into these statements and bring him to justice according to the law.

This will also set the precedent for how the nation responds in the coming days. Thank you.