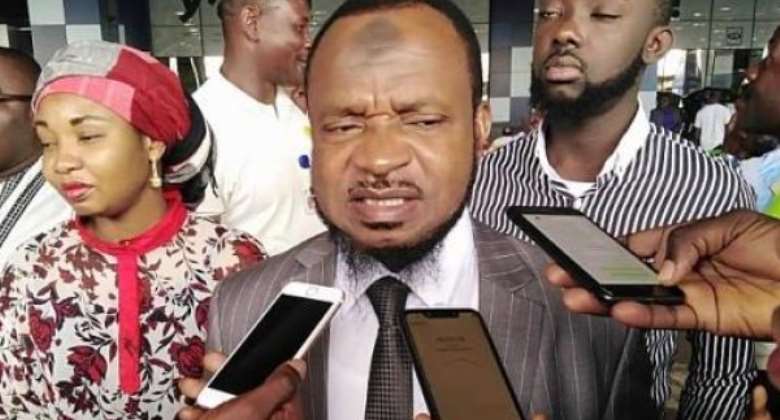 The National leadership of the Ghana Muslim Mission (GMM) on behalf of its membership has declared its support for the anti-LGBTQI+ bill currently before Parliament.

The Mission “believes that any attempt to ostensibly to promote LGBTQI in the Ghanaian society would be rejected in its entirety by the good people of Ghana.”

In a release signed by Dr Sheikh Amen Bonsu, National Chairman GMM, and issued to the Ghana News Agency, on Friday in Accra, it said “the GMM would like to add its voice and appeal to Members of Parliament to support the passing of the anti LGBTQI bill to stop the advocacy and promotion of LGBTQI by any individual or group of persons.

“We urge the parliament of Ghana not to succumb to any pressure to uphold, promote and support any LGBTQI agenda whether locally or internationally.”

The release said the LGBTQI did not conform to the socio-cultural and religious norms of the country, and had the tendency to derail the moral fabric of society and that it would have negative effects on the population thereby affecting human resource needed to develop the country.

“It also has dire consequences on our health system as it may lead to the spread of Sexually Transmitted Infections among other chronic diseases. In the end it will jeopardize the economic gains of the country.”

The release noted that Islam abhors LGBTQI and in fact describes it as 'haram' (forbidden) or not permitted and indeed a sinful act, and “we are also aware that Christianity and Traditional religion do not also accept or support LGBTQI .”

“Allah says in Quran 7:80-81 “And remember when Lot scolded the men of his people, saying, “Do you commit a shameful deed that no man has ever done before? You lust after men instead of women! You are certainly transgressors.”

It said the GMM however acknowledged that persons with different sexual orientations were human beings and needed the necessary love, care and medical attention.

“We are therefore against any acts of violence against such persons. We need to protect the future generations of this country from such abominable conduct.”

Ghana has had lawyers, communication expert as president; it...
14 minutes ago