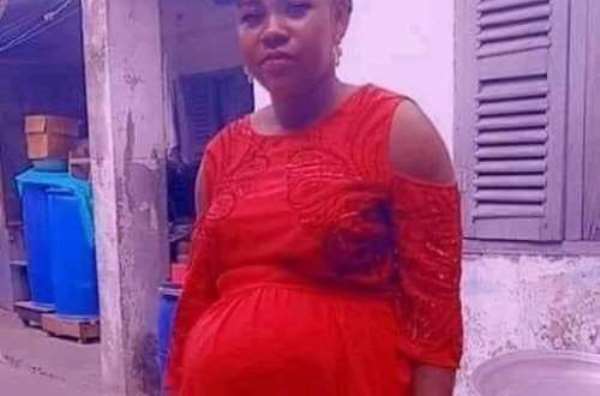 The embattled Josephine Panyin Mensah has allegedly told the medical team at the Effia-Nkwanta Regional Hospital and police investigators that she conspired with her mother to fake her pregnancy since she was afraid of losing her husband after she had a miscarriage while four-month pregnant.

The 28-year-old woman, who is now being held for falsely claiming she was kidnapped, had earlier confessed to the police that she was neither pregnant nor abducted.

She confessed that the husband treated her with a lot of love and care within the four months that she was actually pregnant before the miscarriage and, so, found it difficult to break the bad news to him.

Out of the fear of losing her marriage and the love of her husband, she conspired with her mother to fake her pregnancy to full-term by using silicone belly pads.

They also faked her kidnapping to cover up the alleged loss of the baby.

She told the investigators that she always covered up her fake belly anytime she was with her husband.

Josephine allegedly went into hiding in Agona Nkwanta as part of the fake kidnapping plot but said she never thought the issue could gain this prominence.

On Thursday, 23 September 2021, some neighbours and co-tenants of Josephine’s rained curses on the Ghana Police Service and the Western Regional Minister for doubting her pregnancy claim and accusing her of faking her alleged kidnapping.

They thronged the streets of Takoradi Columbia in the victim-now-turned-suspect’s neighbourhood to pour libation and break eggs to hex all sceptics.

Some of her neighbours and co-tenants said they saw her heavily pregnant.

Josephine went missing on 16 September and was found at Axim a few days later without her apparent full-term pregnancy.

She claims she was kidnapped and delivered while in the custody of her kidnappers.

Both the Western Regional Minister and the police doubted the story.

The police, in a statement, announced the arrest of three persons suspected to have conspired with the lost-but-found woman over her disappearance and alleged pregnancy.

The police noted that for a number of years, the regional command has recorded several false kidnapping cases in which people conspired to create “self-kidnapping” incidents to make money out of ransoms.

The police further noted that medical experts have concluded that Mrs Mensah was never pregnant.

According to the law enforcement agency, Mrs Mensah, during her interrogation, mentioned the European Hospital in Takoradi as the hospital for her antenatal reviews and assessment but medical records at the facility suggest that she visited the hospital without pregnancy somewhere in October last year.

Meanwhile, the family of Mrs Mensah are asking the Western Regional Minister, Mr Kwabena Okyere Darko-Mensah, to retract and apologise for claiming their relative falsified her pregnancy and alleged kidnapping.

The family insist she was pregnant at the time of her abduction.