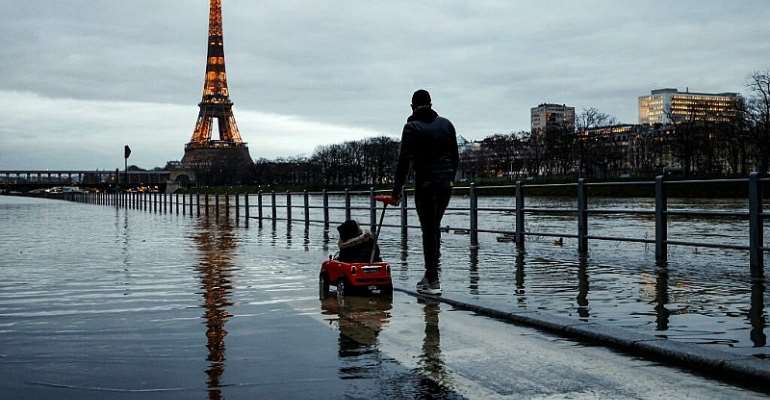 The French capital is at risk of recurrent heatwaves and more frequent flooding because of climate change, according to a study conducted for the Paris City Hall.

In the years to come, "the volume of rainfall should increase slightly and the number of rainy days should decrease, with an increase in rainfall and, therefore, greater risks of flooding," the City Hall explained in its report on Paris and climate change.

A major flooding episode in the Paris region "would be likely to destroy or disrupt certain vulnerable infrastructure" and would threaten water quality, with a signifcant risk of pollution for 1.3 million subscribers in habitants from over burdened infrastructure like the sewage network, with 20% of the treatment plants located in flood-prone areas.

By the second half of the 21st century, the Seine could see its flow decrease by 10 to 30%, warned Célia Blauel, deputy in charge of the river and city resilience, during a press briefing.