20 years after Toulouse blast, workers and victims at odds over responsibility 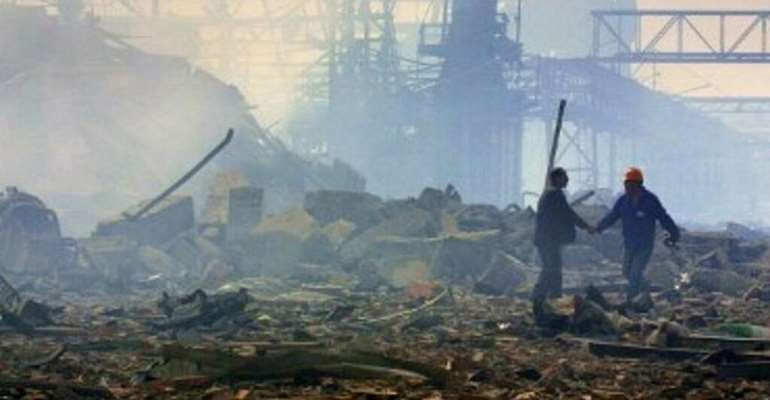 The southern French city of Toulouse is this Tuesday commemorating an explosion at the AZF chemical plant in which 31 people were killed 20 years ago.

As with every memorial event since what has been described as "the most serious industrial disaster in France since 1945," commemorations take place in dispersed order.

This, amid acrimony between some victims' associations and former employees of the AZF plant, who refuse to participate in the official ceremony - which takes place at the site of the former chemical plant, south of Toulouse.

The explosion, which came 10 days after the 9/11 attacks, claimed 31 lives, leaving thousands injured, and sparked panic across the city. Investigators initially thought the series of blasts had been caused by a terrorist attack, but the accident was later attributed to the mishandled storage of 300 tonnes of ammonium nitrate.

The blast registered 3.4 on the Richter scale, with an explosive force equivalent to 40 tonnes of TNT.

Victims' associations have always held Grande Paroisse - the AZF operating company and subsidiary of the French energy giant Total - responsible for the explosion.

There has been long-standing resentment against former employees at AZF for agreeing to appear alongside representatives from Total at commemorations.

Former AZF employees and management maintain the explosion was an accident, and have had difficulty in coming to terms with the closure of the plant since 2001.

This Tuesday, after the sirens were sounded in the city at 10.17am, the names of those who lost their lives were read out, a wreath was laid and a minute's silence was observed.

The mayor of Toulouse, Jean-Luc Moudenc, unveiled a memorial consisting of "nine school desks retracing the history of the plant, its industrial past from 1924 to the present day, the disaster itself, the post-disaster period, the trials and the renewal of the site".

The contents of the new memorial have been "developed under the guidance of a scientific committee composed of historians, sociologists and urban planners," according to Francis Grass, the deputy mayor in charge of cultural and memorial policies, who is anxious not to revive the tensions between victims' associations and former AZF employees.

During a second AZF appeal trial in 2017, the Paris Court of Appeal imposed a 15-month suspended prison sentence and a €45,000 fine on the former plant manager and a €225,000 fine on the company.

Both were found guilty of "gross negligence" committed through "clumsiness", "inadvertance" or "failure to comply with the obligation of care".

Their two subsequent counter-appeals were rejected on 17 December 2019, eighteen years after the disaster.