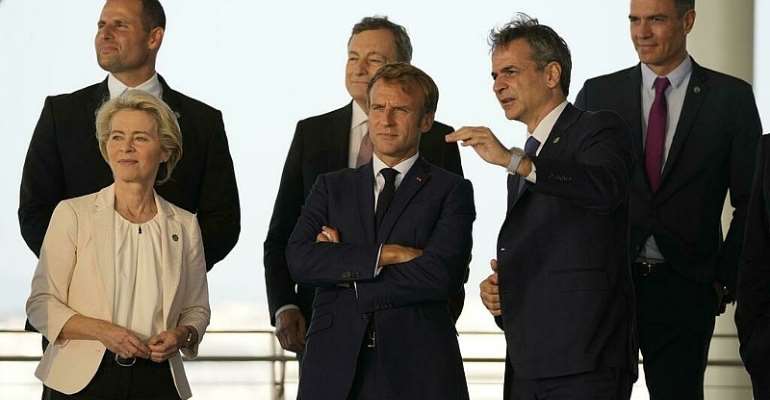 The leaders of Europe's Mediterranean countries pledged Friday to expand cooperation against climate change, at a meeting in Athens held in the aftermath of massive wildfires that ravaged parts of southern Europe.

They expressed their “strong conviction that urgent and ambitious global action (is needed) at national, regional and local levels,” according to a joint statement issued after the talks got underway.

“It is absolutely the right move at the right time because we all see that climate change is heavily affecting the Mediterranean region,” European Commission President Ursula von der Leyen said.

Participants reaffirmed their commitment to goals set out under the Paris accord, the worldwide global climate pact, called for closer integration of climate change policies across Europe and further cooperation within the EU's trans-national disaster response mechanism.

Forest fires
Forest fires swept the region during summer heatwaves. Greece was particularly badly affected, with the country's worst heat wave in decades fueling hundreds of wildfires that stretched its firefighting resources to the limit and saw it appeal for international help. The fires destroyed more than 1,000 sq kilometers of Greek forest land with extensive damage on the island of Evia and parts of southern Greece.

Greek Prime Minister Kyriakos Mitsotakis has blamed the fires on rising global temperatures. In the aftermath, his government created a ministry for climate change and has promised to make adapting to the worsening weather conditions a policy priority.

The talks are also concentrated on the crisis in Afghanistan and migration, with Greece, Italy, Spain and Malta lying on the major routes smugglers use to get people into the European Union.

Alarmed by recent events in Afghanistan, Greece has made clear it is further toughening its stance toward migration. It has already been beefing up border security, employing technology and increased patrols on land and at sea to keep potential migrants out.

During the conference, Greece and Cyprus also discussed the issue of Turkey, a neighbor with whom they have a series of disputes, including over energy exploration rights in the eastern Mediterranean.

Greek authorities banned demonstrations and large public gatherings across the capital for the one-day gathering.