'Reinvention' is the future of heritage, says French president 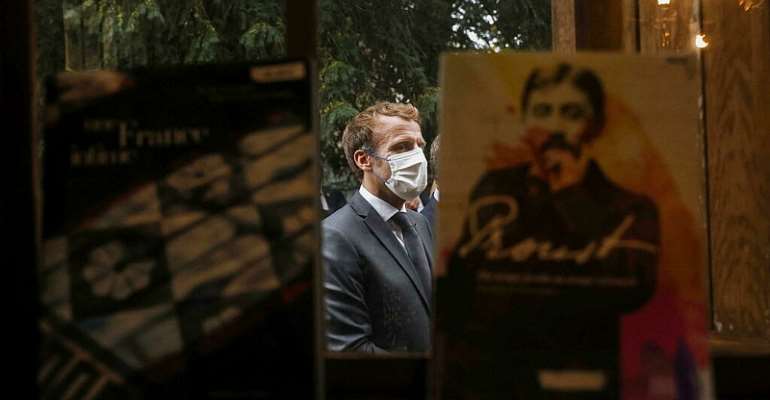 The theme for the 38th edition of the annual European Heritage Days on 18th and 19th of September is Heritage for All. The event allows for a peek into venues that are not usually open to the public. President Emmanuel Macron has said the emphasis this time around should be on reinventing ways of expressing heritage.

Despite certain restrictions linked to the Covid pandemic, there is a long list of venues, which will open to the public over the weekend, from artists' galleries, to national archives, workshops and monuments.

“Heritage is both our roots, which we must endeavour to preserve, and an investment which gives work to artistic professions and trades,” he said from Illiers-Combray (Eure et Loir) during his visit, accompanied by his wife Brigitte, culture cinister Roselyne Bachelot and television presenter Stéphane Bern.

'The House of Aunt Leonie' as it is known, was where Proust spent his summers between 1877 and 1880, and inspired his novel In search of Lost Time.

It will remain open to the public for the European Heritage Days before closing again for extensive renovation works.

“Heritage is something we must invent and reinvent through our actions of creation and re-creation. That's what we can see with Buren, and Christo,” Macron said referring to the temporary installations unveiled this week in Paris which come in time for the European Heritage Days.

The first, that of artist Daniel Buren, was inaugurated at the Elysée Palace on Monday  and features glass panels covering the roof of the winter garden with the colours of the French flag.

The other event is the wrapping of the Arc de Triomphe, which Macron inaugurated on Thursday. The posthumous creation of Christo and his wife Jeanne-Claude, will be on display until the 3rd of October.

French minister of culture Roselyne Bachelot said that this year's Heritage Days will pay special tribute to the country's railway heritage, from the “Human Beast” described in the works of Emile Zola to the mythical Blue Train, as well as the upcoming 40th anniversary of the TGV.

The high speed train run by the national company SNCF,  which was given the go ahead by Georges Pompidou and built during Valérie Giscard-D'Estaing's term, was finally inaugurated on 22 September 1981,  for a trip between Paris and Lyon.

Macron is to unveil the "futuristic" TGV-M model of the train, which the company will put into service in 2024.

Designed by Alstom will not be faster that the current network – 320 km/hour -- but it will be reportedly more comfortable, flexible, cheaper and greener.