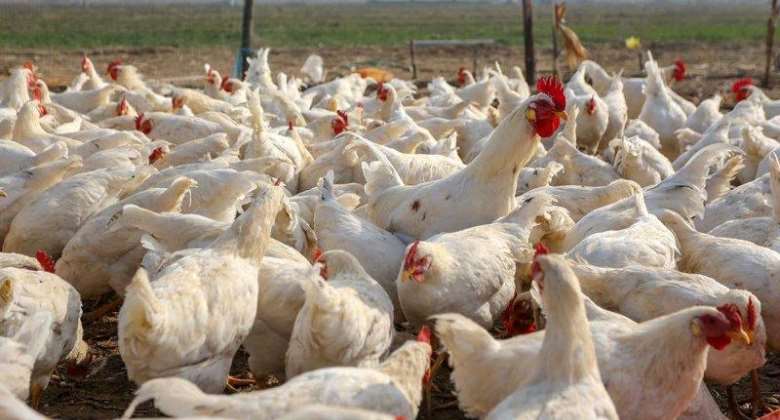 A total of 6,046 poultry birds have been killed by Avian Influenza (A-H5N1), a highly pathogenic zoonotic avian influenza strain in the Tema West Municipality.

Out of the total stock of 10,576 birds in eight affected farms, some 6,046 of the birds died and 4,530 were destroyed, Tema West Municipal Veterinary Officer, Dr Emmanuel Kwao Pecku disclosed to the media on Thursday.

He said upon laboratory investigation, it was confirmed that the affected farms were infected with Avian Influenza (A-H5N1), a zoonotic avian influenza strain that is highly pathogenic.

He said the possible common source of the infection had been traced to a feed mill around Ashaiman Timber Market, adding that, it came at a time when there was an upsurge in Influenza-like illness in the Municipality.

He advised owners of farms to use the services of Veterinarians and Environmental Health Personnel to assist them in destroying and burying birds properly to prevent the spread of the flu.

Tema West Municipal Disease Control Officer Isaac Takyi Abrefa, told the Ghana News Agency that, after an epidemiological study on the situation including data collection, some 18 suspected human cases had been identified.

According to him, all the cases were negative to AH5N1 but three had tested positive to COVID-19, and said a team of Epidemiologists had visited and surveillance was still ongoing.

He said as part of the epidemiological study, data from persons, places and time had been collected and laboratory investigations had also been conducted, adding that burial of birds and fumigation of affected farms had been carried out.

He said all sources of infection would be confirmed and outbreak investigation among humans would continue unabated as resources and social mobilization for possible human outbreaks, rapid response assessment, training, and case management would also continue.