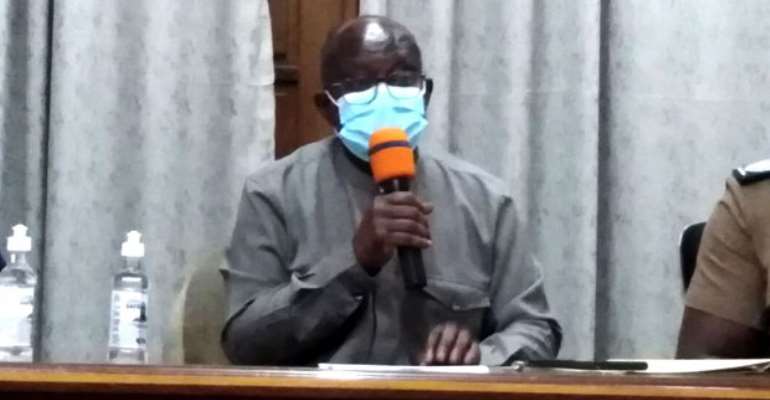 The Ashanti Region has as at July 31, 2021 recorded a total of 304 COVID-19 deaths, the Regional Security Council (REGSEC) has disclosed.

Eighty-eight of the cases were recorded in the last three months of this year, REGSEC Chairman and Regional Minister, Simon Osei-Mensah, told the media in Kumasi.

The Region, he said, had also recorded 1, 253 active cases of the pandemic from April to July, the second-highest of such cases to be documented in the country.

Mr. Osei-Mensah indicated that the emergence of the new Delta variant of the pandemic was responsible for the upsurge in mortalities and active cases in the Region.

“The Council is warning the various Metropolitan, Municipal and District Assemblies to enforce strictly the existing safety protocols for the safety of the public,” the Minister stated.

According to him, it was mandatory for the Assemblies to work with the security agencies to enforce the safety protocols, especially at public places.

“They should adhere to the government's directive of ensuring limited people at public gatherings, including funerals, weddings, churches, amongst others.”

He cautioned commercial drivers not to allow passengers without nose masks to get on board their vehicles.

“Any driver who fails to comply with this directive will be in trouble,” he noted, saying, the REGSEC had given authority to the police to arrest offenders and deal with them in accordance with the law.

Mr. Osei-Mensah observed that the emergence of the new Delta variant had increased the risk factors associated with the pandemic, therefore, it was expected of all and sundry to abide by the existing safety protocols.