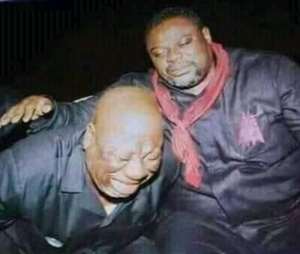 Former Central Regional Chairman of the National Democratic Congress who was also sacked from the party in March 2021, Mr Allotey Jacobs says the NDC will regret sacking Koku Anyidoho from the party.

According to Mr Allotey, the NDC’s future is looking gloomy with their recent decision to expel their former Deputy general secretary from the party.

In his view, the current General Secretary of the NDC Johnson Asiedu Nketia to be blamed for the recent happenings in the party. and regrets playing a role in his election.

“That decision to support Asiedu Nketia has a boomerang on us, ” he said.

Allotey Jacobs believes the trend in the party is promoting anti-dissent, a trend that seeks to shut anyone who has dissenting views in the party.

“Today, any dissenting, you are sacked. You are suspended. You are this; you are that! And they keep the ignorant and the innocent ones going that what we have done is good for the party but well, I no longer belong to the party”, he fumed.

It is not strange that Allotey Jacobs is having a problem with the actions taken against his colleague.

If his statement that he is no longer a member of the party is true, then it is strange that he has strong opinions about what the party decides to do to its members, seeing that commentators from other political parties careless about the internal affairs of other parties.

Meanwhile, Koku Anyidoho has been reacting to the news on his Twitter page with rhetorics clouded in metaphorical Bible quotations and strong motivational quotes.