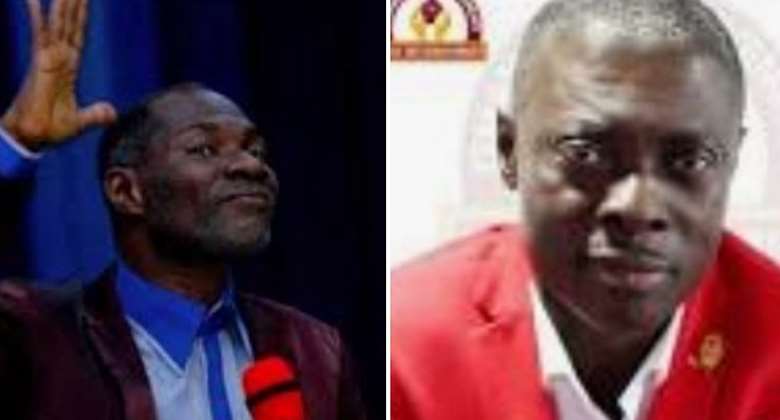 The Founder and Leader of Life Assembly Worship Centre who doubles as the 2020 Presidential Candidate for the Ghana Union Movement (GUM), Rev Christian Kwabena Andrew says the recent prophecies from prophet Badu Kobi was a self-acclaimed prediction in his church.

"It was just a self-acclaimed prediction but not prophecy revealed to him from God because the Holy Spirit will rather respond to those praying for salvation but not giving out prophecy about football", he said.

Rev. Andrew urged the Government and stakeholders to put in more effort to sponsor the local football rather than supporting the foreign leagues.

"Local football should be what we have to support most but not foreign Leagues which brings no value to the Country," he emphasized.

Recall that the Ghanaian cleric suffered a backlash after his prophecy about England winning Euro 2020 failed to come to pass. He had also prophesied that Brazil would win the Copa America trophy but it failed as Brazil lost to Argentina.

Preciously, Kobi had prophesied that Donald Trump and John Mahama would win their reelection campaign, but the prophecies never came to pass.

Kobi also disclosed that his prophecy about Accra Hearts of Oak winning the Ghana Premier League came to pass.

He said; “When I prophesy about football and you want it to come to pass, don’t use God’s words for betting. The prophecy will fail, God’s word is not for betting. God is laughing at some people.

Don’t fight for me, all you can do it promote me because I am his agent. If God sent me and you don’t understand, face God."