Postcard from Cannes #9 : Making a mark without leaving a trace 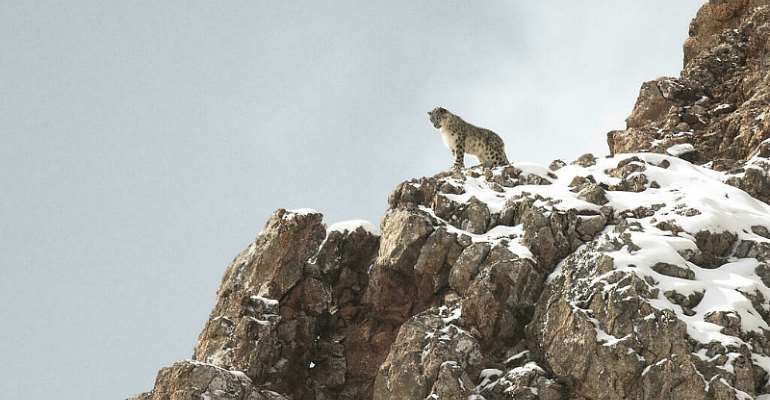 How can cinema bring the issue of climate change to the public's attention? To address this, the Cannes Film Festival invited seven film and documentary makers to share their vision on humanity's relationship to the environment. RFI met the team behind The Velvet Queen, a passionate and breathtaking expedition to Tibet.

“Cinema acts as a whistleblower,” Cannes Film Festival director Thierry Frémaux said at the beginning of the press conference on cinema for the climate, insisting that filmmaking was a way to draw attention to important environmental issues.

Frémaux went on to say that as well as screenings, the festival had put various measures into place to cut down on its carbon footprint. These include using a red carpet made from recycled materials, eradicating plastic bottles, using hybrid energy cars for the celebrity transport, online ticketing and virtual press documents.

The festival has also chosen to donate money to six international and national organisations dedicated to environmental projects, such as reforestation.

French documentary film maker Cyril Dion, director of Animal pointed out that the cinema can suggest other solutions. “I think the cinema can play a part in the future. We're storytellers, we can have a huge impact on other human beings.”

And that's where cinema comes in.
Seeing eye to eye
One fabulous example of this is the film La Panthère des Neiges (The Velvet Queen), by Franco-Swiss director Marie Amiguet. She takes us up to the dizzy heights of eastern Tibet in the company of wildlife photographer Vincent Munier, and French writer and adventurer Sylvain Tesson whose book of the same name won a literary prize in 2019.

Tesson admits that in all his travels across Asia and the steppes, never has he stopped to look at the landscape in this way before. Thanks to Munier's extraordinary techniques of nature watching, he realized that in fact he was the one being watched. By whom?

By the keen eyes of near-invisible animals that roam the upper plains and mountains where the documentary is set.

“Munier taught me to let go of my impatience,” says Tesson, who we see destabilised by this method of watching, and waiting, in silence. Gradually he learns to see things he's never seen before, and “read” the landscape in a new way.

Between myth and reality
The result is breathtaking, a hymn to beauty and a love letter to nature.

Director Marie Amiguet herself admits that the whole project was a labour of love. Not only does she travel with the two men up to between 4,000 and 6,000 metres in altitude but she agrees to sit for hours, waiting with them in case they see the famed “snow leopard” … it's a game of cat and mouse.

The film is quite simply majestic. The director and her assistant director, Leo-Pol Jacquot, are so discreet we forget they are there. We are so completely absorbed by the subject that afterwards we wonder logistically how it was possible.

“This is not a requiem,” says Tesson, explaining that the film does not set out to chastise us.

“Marie is not a policewoman, nor is she trying to idolize nature,” he continues, but rather she shows us what is beautiful, and therefore fragile, in need of our respect and protection.

There are lovely scenes of interaction with the local Tibetan nomads, who let the film crew use their camp as a base, and exchanges with the young children who find the cameras and telescopic lenses fascinating.

A world of contradictions
And cherry on the cake, a special soundtrack was composed and performed by Warren Ellis and Nick Cave, music which accompanies the eye perfectly as it roams the lonely lunar landscapes.

“We live in a world of contradictions, and shooting films is contradictory. I often wonder if going to Tibet was useful, what would going there achieve, would it be just another blah, blah, blah about Tibet…we should just stay home and protect what's around us,” Amiguet told journalists.

“I wanted to share all my experiences in Tibet, to touch people. It's perhaps a bit pretentious, but with the film we go further,” Munier told RFI.

“Cinema is not enough as a tool to change the world. We do what we can, we are full of paradoxes. I want to continue showing what is beautiful. We should try and slow down and look at the beauty around us.”

“Why did we go so far? We did it to escape. The nature around my home (the Vosges mountains in France) is being damaged. We are the only species that decide if other species should survive. Sylvain found the right words to move people on this topic," he says.

Looking out the window
"It was an opportunity to transform myself,” Tesson told RFI. “You become a passenger of time, you wait for the world to come to you rather than running after it."

"You just have to sit down and to open your eyes and let the world be what it is. It is nice, it is beautiful, it is bigger than the man."

"The whole landscape is one big 'rock opera', you just have to look. The big tragedy of what humanity is living now is that nobody is paying attention. We look in the wrong place, we are looking in a mirror instead of looking out the window."

Don’t give literal meaning to Akufo-Addo’s response to Torbg...
59 minutes ago