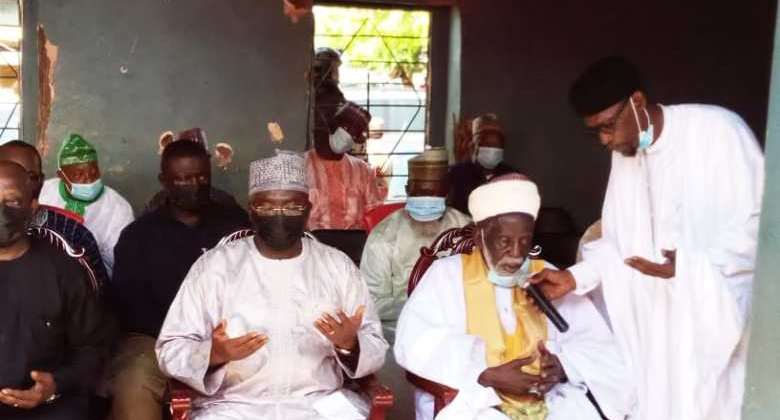 Vice President Dr Mahamudu Bawumia has consoled families of three persons who died in Ejura in the Ashanti Region.

He presented Ghc20,000 to each bereaved family.

Several others who also sustained gunshot injuries were given 10,000 Ghana cedis.

The Chief of Ejura was unhappy with the recent disturbances in the area.

He said the Traditional Council has decided to construction a divisional police command edifice to enhance security.

The Vice President supported the project with one thousand bags of cement and 50 thousand Ghana cedis.

Meanwhile, the three persons who were arrested in connection with the murder of Ibrahim Alhassan Anyars (Kaaka) have been remanded into a police custody by the Asokwa District court in Kumasi.

The presiding judge Akua Adu Boahen was convinced after the prosecutor Chief Superintendent Kofi Blagodzie prayed the court for more time to investigate the matter.

The suspects, Issaka Ibrahim aka Anyars,Fuseini Alhassan, and Iddi Mohammed who is the brother of Kaaka appeared at the Asokwa district court 1 at around 10:30am Friday July 2.

The three were charged with conspiracy to commit crime and murder.