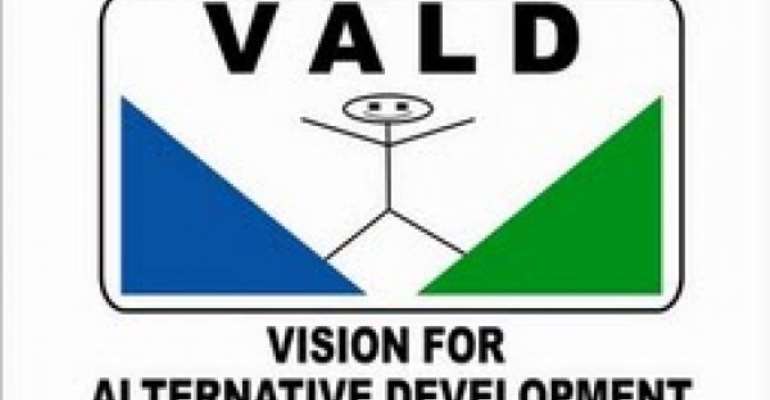 The Vision for Alternative Development (VALD) has through a petition to the Environmental Protection Agency (EPA) urged the government to adopt “The Big Con” report to help address issues of climate change.

According to the non-governmental organisation, companies found in the net of Big Polluters are advancing a “net zero” climate agenda to delay and deceive while causing harm to the human race all around the world.

While VALD calls for all hands on deck to fight these big polluters, it has petitioned the EPA to stress the need to take on these big companies.

“It is time for our government to reject net zero scam and big polluters’ and their false solutions, to protect and save this present and the future of our environment for generations to come” and encourage other colleague government to do same,” part of the petition from VALD to the EPA signed by its Director Labram M. Musah reads.

It adds, “They must be held accountable for the climate crimes. We cannot afford to fall for the same tricks that Shell and the rest of the fossil fuel industry have been playing for decades with their deceptive green-washing schemes, now taking the shape of their meaningless “Net Zero” climate pledges.”

VALD says it is crucial for the government to ensure public health is placed above profit of the big polluters.

VALD believes that to save the planet, the government must adopt “The Big Con” report released in a press briefing on 9th June 2021 during the virtual discussions of the United Nations Framework Convention on Climate Change (UNFCCC).

The report explains among others how Big Polluters are advancing a “net zero” climate agenda to delay, deceive, and deny,” after a year packed with record announcements of “net zero” pledges from corporations and governments, and builds on a growing body of research that calls the integrity of “net zero” as a political goal into serious question.

Find below the petition sent to the EPA: