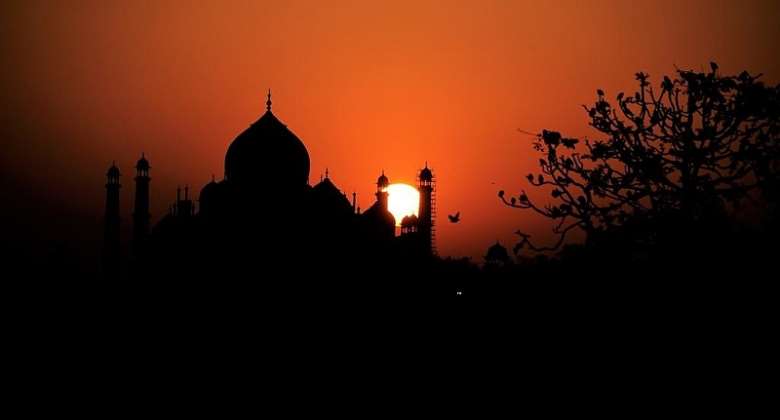 The tourism industry of Agra – the northern Indian city which is home to the Taj Mahal - has been brought to its knees in the past year by the ravages of the Covid-19 pandemic.

The 17th-century architectural marvel finally reopened last week but the tourism industry revolving around the monument of love remains crippled.

Krishna Rathore, a 29-year-old tourist guide, wanders aimlessly around the western gate of the complex, hoping to catch a local tourist as Covid cases register a significant fall following the devastating second wave.

“I have been coming out every morning for the last few days, hoping I can at least show anyone around the perimeter of the complex and make some money. But I go home disappointed,” Rathore told RFI.

A third generation guide, Krishna follows in his father's and grandfather's footsteps. He joined the profession when he was 25 years old but is now actively contemplating taking on another vocation.

Like Rathore, around 2,500 registered guides have had their lives upended because of the shutdown, many unsure how the future will play out. Many of the guides are not visible in the vast complex that encompasses nearly 17 hectares.

“I have decided to do odd jobs in Agra and sometimes travel out for contractual labor. My tourist work is finished,” says Rafiq, another guide, who has been working at the Taj for 7 years.

Apart from guides, hotel owners, restaurants and tour operators, many other stakeholders see a bleak future ahead of them since tourism is unlikely to recover anytime soon, even when the monument is reopened to the public.

“The segmentation in the tourism industry feeds each other and that is why there has to be major stimulus to revive the sector. Destination weddings and incentive meetings are one way forward, as they generate valuable income,” says Hari Sukumar, vice-president of the up-market Jaypee Palace hotel.

The famous white-marble mausoleum which houses the graves of Mughal emperor Shah Jahan and his wife Mumtaz Mahal usually draws 7 to 8 million visitors every year while 737,000 foreign tourists visited the monument in 2019.

Agra has over a dozen five-star hotels and 400 other budget hotels; the hospitality industry in the city alone employs around 400,000 people. Authorities say there are approximately 500-700,000 people who are dependent on the tourism sector either directly or indirectly.

Several other businesses like the handicrafts emporiums, as well as those engaged in leather and marble inlay work have been hit hard by the shutdown of the monument.

“This pandemic has destroyed the tourism industry and livelihoods have been upended. It will take at least 2 years to get back to normalcy even if the lockdown is lifted,” Amar Singh Rathore, president of the market association told RFI.

Many of the shops in the Taj complex have been shut for over a year and apart from sending off their workforce to their respective homes, the owners now ponder a disturbing future ahead.

After being shut for some six months due to the coronavirus last year, the Archaelogical Survey of India began restoration of protected monuments, including the Taj Mahal, Agra Fort and Fatehpur Sikri.

Rajiv Saxena, vice-president of the Tourist Guild of Agra, who also runs a tour service, believes the shutdown in the city has put back businesses by several years.

“I don't see things getting back to normalcy before 2023 and the losses will be immense. It is unfortunate that neither the local administration nor the state government has mapped out people's requirements in this pandemic and come to their help,” Saxena told RFI.

According to estimates drawn up by the Tourist Guild, the financial losses on account of the shutdown amount to approximately 50 billion Indian Rupees (563 million euros) and will require a substantial financial stimulus for its revival.

“Actually, there is no light at the end of the tunnel. Much thought has to go into revitalising Agra and that is not going to be easy,” Rajiv Saxena adds.