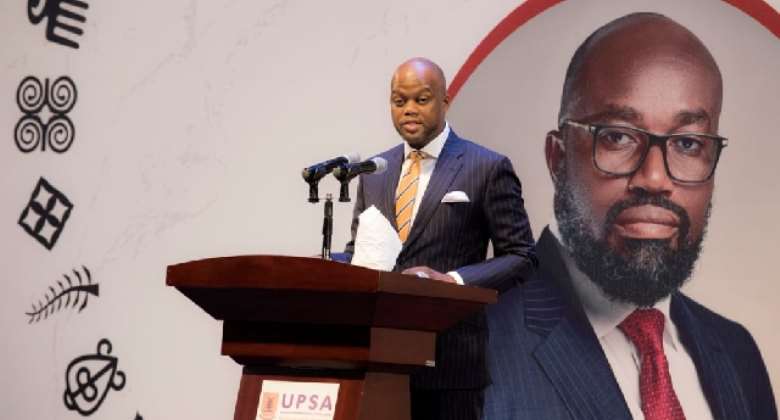 The African Continental Free Trade Area (AfCFTA) Secretariat has launched a digitally-enabled platform, the AfCFTA app, to promote interconnectivity on the African continent for business expansion and reaching new customers.

This was disclosed by Secretary-General of the AfCFTA Wamkele Mene who said the latest move is part of several initiatives to ensure that women, young Africans and SMEs, are at the heart of implementation of the AfCFTA.

“With the AfCFTA app, a trader will be able to access a new market in a different part of the continent which can accelerate interconnectivity particularly of SMEs across Africa. Thus, the goals of reducing trade and investment barriers in Africa can be attained in accordance with the objectives of the agreement” Mr Wamkele Mene said at honorific public lecture in honour of Ghanaian business magnate, founder and chief executive officer of McDan Group of Companies Daniel McKorley on the theme: “Creating the next generation of entrepreneurs through AfCFTA at the UPSA auditorium on 18th June 2021.

The Secretary-General further indicated that one of the mechanisms that the Secretariat is also working on is the development of a Pan-African payments and settlement platform, in collaboration with the Afreximbank.

The PAPSS would allow African businesses to make cross border payments for intra-Africa trade in national currencies, thereby saving the continent an estimated $5billion in transfer charges that flow out of the continent annually. “Thus, when a trader in Ghana, trading under the AfCFTA, has to transact with a counterpart in Kenya, that Ghanaian importer will be able to transfer funds in Ghana cedis to the other counterpart who will receive the funds in Kenyan shillings,” he said.

While AfCFTA promises real prospects for growth-oriented businesses Mr Wamkele Mene noted that a major concern in its implementation is the estimated 335 million businesses across Africa which are the direct beneficiaries but which remain informal. This situation he argues diminishes their ability to take advantage of opportunities offered under the agreement.

However, the diplomat is also hopeful that the negotiation and effective implementation of the phase II protocol on intellectual property rights (IPRs), under the AfCFTA, will create a strong enabling environment for IP creation, protection, administration and enforcement which will stimulate innovation and competitiveness of the business sector.