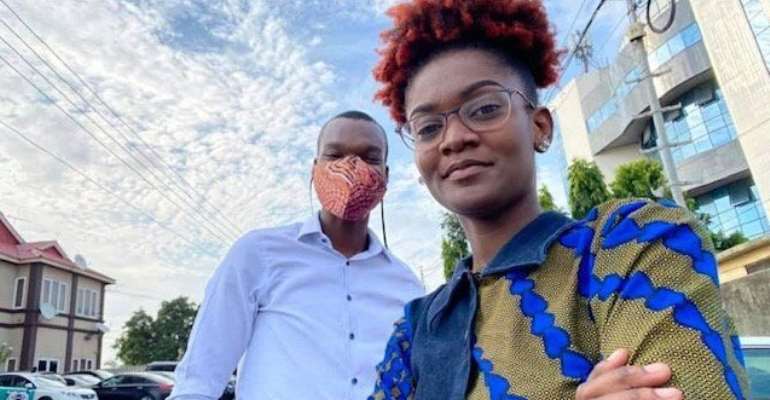 Ministry of National Security says it has initiated a probe into the allegations by Citi FM and Citi TV Journalist, Caleb Kudah.

This was after Caleb Kudah alleged that he was assaulted by some National Security operatives who slapped him severally.

“The Ministry takes with all seriousness, the allegations of manhandling of the two journalists during the interrogation. The Ministry has therefore initiated investigations into the said allegations,” the Ministry said in a statement.

Caleb Kudah alleged that his captors kicked him in his groin.

Caleb Kudah is the latest victim of brutality by security personnel after he was assaulted by some National Security operatives who detained him for filming some grounded MASLOC vehicles parked at the premises.

In June 2019, the National Security operatives, in the same Rambo-style, raided ModernGhana.com offices and arrested the Editor, Emmanuel Ajarfor Abugri and his reporter Emmanuel Britwum.

Ajarfor alleged that whiles in detention for the two days, he was tortured by his captors for hours.

“…To the extent that we are having a number of discrepancies in the story that is being told, the primary agency to determine if these accounts are correct or some standard operating procedures or person’s rights were breached is the National Security Council Secretariat. Obviously, they may have to do their own internal enquiry to establish the truth or otherwise of the matter and make a determination of the next step. There isn’t much that has come out and I want to believe that it is an ongoing exercise and if they find anything untoward, then it can be escalated to the next level. ”

“For all these agencies, you start off from an internal enquiry. It is when the preliminary feedback that you are getting from that enquiry does not make sense and then you escalate to the next level…From what I have, their internal enquiry has not ended and that is why they have requested for the medical report validation. In the end, we all have a better understanding of what happened”, he told Citi FM.

Next month will be two years since National Security started its investigations and nothing has been said about it.

Ajarfor's laptop, two mobile phones and a tablet are still held to the chest of the National Security for the past two years.

He sued the National security coordinator, the IGP and the Attorney General through his lawyers for compensation and any other reward deemed fit by the court for breaching his human rights.

The case, which is still in court and was supposed to be heard today May 14, has suffered several adjournments.