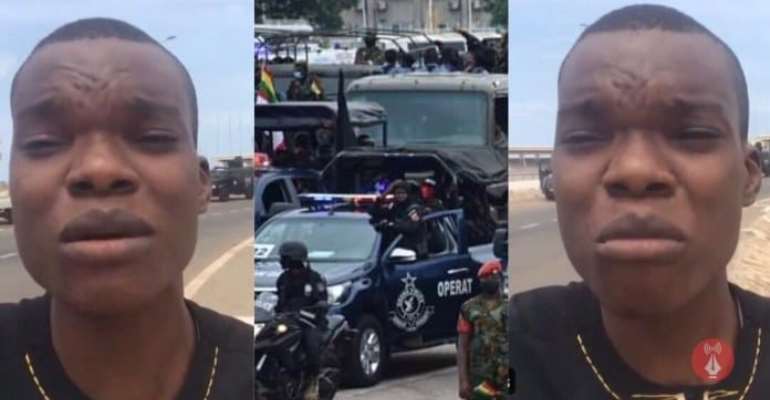 Movement for Responsible & Accountable Governance (MoRAG) has called for an independent investigation into the alleged assault of Citi FM/TV Journalist Caleb Kudah and subsequent raid of the station.

The group calls on on the Speaker of Parliament, Rt. Hon. Alban Bagbin to immediately constitute a committee to investigate the unlawful and unfortunate brutality.

In a press release to condemn the acts of the security officials, MoRAG insists that the National Security Ministry under the instruction of ASP Samuel Azugu and Lieutenant Colonel Agyemang could have handled the matter professionally than what happened.

“The alleged brutality by the National Security personnel against the Caleb Kudah was inhuman, uncharacterized of modern-day policing. This offends the fundamental human rights of a person as enshrined in Article 15(2) of the 1992 Constitution of Ghana, which provides that no person shall, whether or not he is arrested, restricted, or detained, be subjected to torture or cruel, inhuman or degrading treatment or punishment,” part of a press release from MoRAG has said.

MoRAG is of the view that the National Security Ministry lacks the needed credibility to investigate the Caleb Kudah incident because they have not lived up to expectation in similar instances when they had to investigate or undertake reforms.

In addition to calling for an independent investigation into the matter, the group also wants the Speaker of Parliament to put together a committee to look into the assault on Caleb Kudah.

“We further call on the Speaker of Parliament, Rt. Hon. Alban Bagbin to immediately constitute a committee to investigate the unlawful and unfortunate brutality meted to Citi FM journalist Caleb Kudah.

“Additionally, the committee should extend its investigation to cover all brutalities by the National Security Ministry and other security agencies like National Intelligence Bureau, formerly BNI,” portions of the release from the group noted.

Below is the full press release from MoRAG: