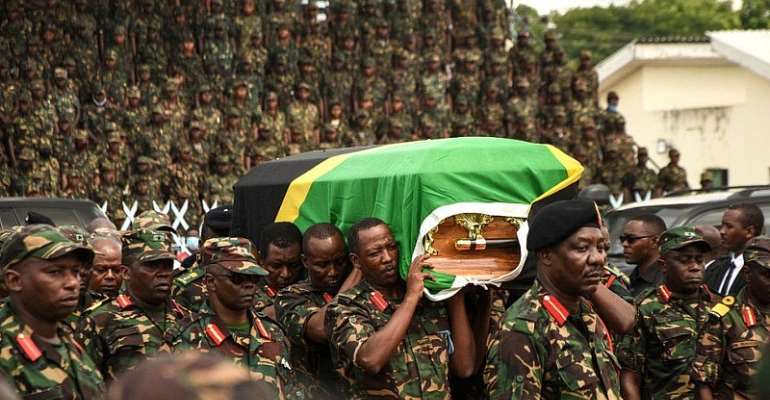 Tanzania's President, John Magufuli, died on March 17th, after a short illness. By many accounts, he was a good President. He fought corruption, promoted development, and was admired by many.

But the man, affectionately called "the bulldozer" was a covid denier. Even as Covid spread and deaths mounted, he declared Tanzania free of Covid after national prayers. And his sycophantic government went right along. Indeed, days before he died, in response to opposition claims that the President was sick, the Prime Minister described him as "healthy, working hard and planning for the country".

Really? When did the then VP and other ministers realize that Covid was real?

Why couldn't any of them around the cabinet table look the President in the eye at a cabinet meeting and say firmly, "Mr. President, we have a Covid problem and we need to address it NOW!"?

But in Africa, government after government has done virtually nothing while soaking up false adulation for little done and free vaccines.

This is not new. In 2002, in South Africa, it took the retired Madiba Mandela to call out President Mbeki on the HIV crisis as he dabbled frivolously in theories about the origins of HIV while people died.

Accountability is indispensable to good governance. Indeed the Akan proverb underlines our democratic ethos by asserting that,, " a single man(head), cannot seek counsel (confer) alone". Unfortunately, there is too little accountability and too much sycophancy.

Those who refuse to speak out or up in the face of policies that harm people are complicit in the harm.

In post-independent Africa, virtually every country has had a Magufuli problem. Magufuli would have been a better-- maybe greater leader without sycophants. Those sycophants failed Tanzania and Magufuli.