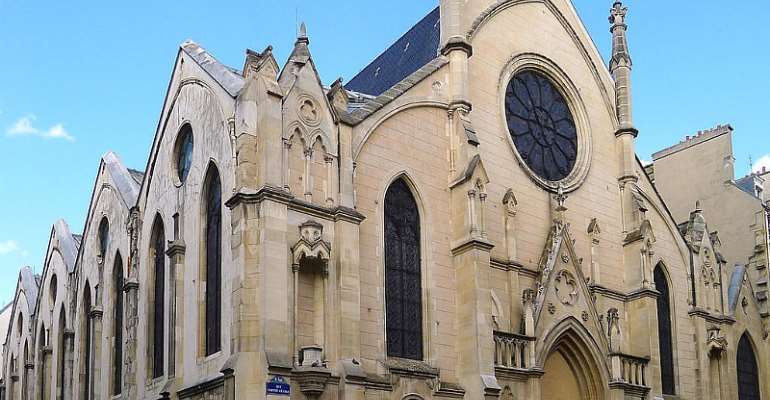 A second inquiry has been launched into an Easter service at a Paris church where priests and up to 400 worshippers were filmed flouting government rules aimed at stemming the spread of the coronavirus pandemic.

Police opened an investigation into endangering the lives of others hours after senior church officials started asking for explanations from the leaders of Saint-Eugéne-Sainte-Cécile in the ninth arrondissement on Tuesday.

Images circulated by Le Parisien newspaper showed priests and large numbers of the congregation without masks.

They were sitting and moving in close proximity during the four-hour service.

The furore erupted after a man, who was attending a baptism, notified the newspaper.

“Masks? Not when we baptise. We do not spit on people when we baptise,” parish priest Marc Guelfucci told reporters in the wake of the controversy. “Since the epidemic began, we have not had a single cluster.”

Guelfucci acknowledged the images could be shocking given the health context in a country where nearly 100,000 people infected by the new coronavirus have died since January 2020.

However he insisted the church had always respected health guidelines.

“We use gel between each baptism. I know my church, we were far from being full. We could have had twice as many people, even during times of Covid-19.”

But Guelfucci's superiors at the Archdiocese of Paris have adopted a less defiant stance.

On Tuesday they condemned the lack of respect for health guidelines as they began their own inquest into the proceedings just a few months after the church was warned about its approach.

"It's been a year that health rules have not been respected in this church,” a parishoner who wished to remain anonymous told Le Parisien.

The man, who said he wished to remain anonymous, claimed he had alerted the Archdiocese of Paris of the situation in January.

“I received a reply assuring me the message was taken into account. Three months later, nothing has been done.”

Karine Dalle, head of communications for the archdiocese, said the church team at Saint-Eugéne-Sainte-Cécile had been warned about the complaint.

“The priest was alerted by the archdiocese following this email,” she told Le Parisien. “However, the video of the celebration on Saturday shows that, unfortunately, the clear instructions to respect the sanitary measures have not been respected.

Parishoners gave a mix of responses to the service.

“There were a lot of people because there were 10 baptisms,” Marie-Thérèse, a parishioner, told reporters outside the church. “It was perhaps because of his [Guelfucci's] benevolence that people were not left outside.”

Some, though, appeared to acknowledge the service had led to crowded conditions.

“We were victims of our success,” cantor Alexandre Mouci told Le Parisien. “We did not expect so many people even after proposing five services on Sunday.”

“Worshippers must sit on chairs marked by a ribbon,” he said. "For masks, however, we cannot police everybody."