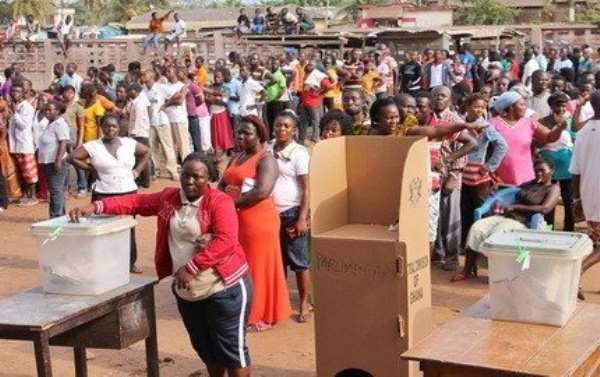 The Electoral Commission of Ghana has since December 2020 not paid those Ghanaians who helped in the election processes.

It’s been five months since the 2020 election in Ghana and the Electoral Commission of Ghana has not paid its workers for the job done.

People sat under the heavy sun and performed the task of the Electoral Commissioner in villages and towns, only to wait for months waiting to receive their money. Meanwhile, those who stood for various positions have begun receiving their salaries and taking sitting allowances. People risked their lives in order that the 2020 election happened as it should. Months have passed and workers have not been paid.

Speaking with some EC workers, they said ‘the Electoral Commissioner does not pay them their money immediately after job done. For example, those who participated in the October 2020 Exhibition received their money only in January 2021; you can imagine, they added.’

Who is responsible for the payment of workers of the EC? The Electoral Commissioner must desist from late payment of wages to their workers.

Again, since working for the EC periodically is contract-based, the GRA taxes those workers. However, according to some workers when interviewed, they are denied a certificate from GRA on the deduction of tax from their money. This becomes an issue for some of them. For them, they need their taxpayers certificate from GRA.

In conclusion, the Electoral Commissioner must not delay releasing 2020 election workers' money to them.

Ghana must not be caught pants down in future, let's find av...
45 minutes ago

Sputnik V saga: ‘Why should I be a subject of ridicule for b...
52 minutes ago