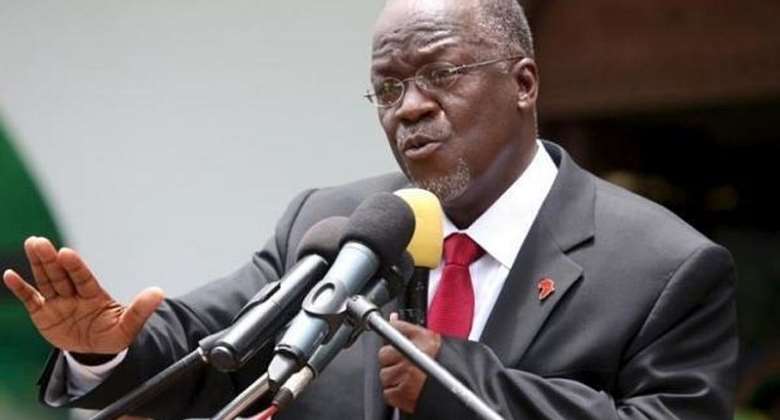 Tanzania's Prime Minister Kassim Majaliwa said Friday that the country is still functioning under the leadership of President John Magufuli, who has not been seen in public in over a fortnight. This comes as opposition leader Tundu Lissu has claimed that Magufuli has contracted Covid-19.

Speculation is rife in Tanzania after Tundu Lissu, head of ACT-Wazalendo opposition party, said that President John Magufuli has Covid-19 and had been receiving treatment in Nairobi before being airlifted to India. It is also alleged that Magufuli suffered a heart attack.

Speaking at Friday prayers, Majaliwa said “Those claiming he is ill are haters,” yet refused to comment on where the president is, or whether he is ill or not.

The president has repeatedly claimed that Tanzanians had 'prayed' the coronavirus out of the country in April 2020.

The health minister had advocated local herbs and a steam treatment to ward off the virus - two preventatives that have been disproven by world health authorities. Tanzania has refused vaccine shipments as well.

"Up to this stage it's just speculation,” said Abuso, but added that Lissu's comments could indicate the truth.

“Remember Lissu was hospitalized at the National Hospital in Nairobi about three years ago after being shot in Dodoma, so he has good sources there,” he added.

Lissu's injuries were life-threatening, and he eventually received medical treatment in Belgium before returning to his party and campaigning for the presidency last year.

Abuso maintained that the spokespersons at Tanzania's State House are not answering the phone, nor are they responding to any emails, leaving the media to speculate on the situation.

“You can't get any credible information from anywhere-- it's very difficult to understand exactly what is happening,” said Abuso.

The fact that Magufuli has not been seen in public for the past two weeks adds to the mystery of his health status.

“He's not the type of person who keeps away for long. Every Sunday, he goes to church and speaks about coronavirus and hasn't been there lately,” he added.

The day-to-day functioning of the government has not been addressed either. No one will confirm he is indisposed, neither the government, nor his Chama Cha Mapinduzi party.

People are citing the constitution, saying that the vice president must step in if the president is unable to complete his duties.

“Former Tanzanian president Jakaya Kikwete was hospitalized for cancer in the US; everyone knew, and when he returned, he held a press conference and informed the people of what had happened. It's different from what we're experiencing now,” said Abuso.

“Sadly, we can only say that Tanzanians have been denied the right to information to know where the president is,” he added.

Kenyan clarity
Meanwhile, former Kenyan prime minister and opposition leader Raila Odinga has addressed well-wishers from his bed in Nairobi National Hospital on Wednesday, saying that he is getting better.

His public acknowledgement of his Covid-positive status could not be more different that from the lack of news coming out of Tanzania.

Kenyans have received regular information on Covid-19, from preventative measures, to updates on members of government and politicians.

“Although he has been wearing a mask - one of the preventative measures against contracting Covid - when addressing large crowds, he has taken his mask off,” says Abuso, adding that he had also been meeting with people in his home and office, as well as being  inconsistent with mask wearing.

During the pandemic, Kenyans have been voicing their opinions on social media. In Tanzania, however, many have been too scared to say anything about Covid-19 and the current situation with President Magufuli.