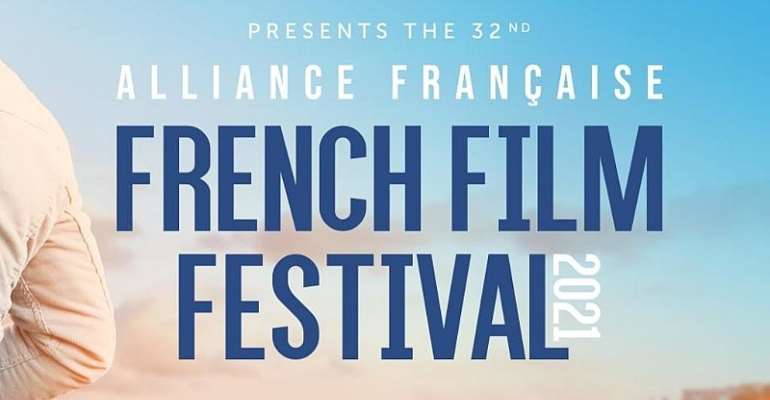 The curtain has risen on the 32nd Alliance Française French Film Festival (AFFFF) in Australia, celebrating contemporary French cinema at a time when the Covid pandemic has brought the global arts industry to its knees. It will be a world premiere for several of the 37 films screened in the month-long event.

In a tree-lined courtyard tucked away on the University of Notre Dame campus in Sydney, hundreds of film-lovers have gathered for the festival's opening night. There's not a facemask in sight. The staccato clinking of champagne flutes punctuates a musical trio's rendition of beloved chanson française standards.

On this balmy early autumn evening, waiters weave through the crowds to offer sweet and savoury canapés - from five-spice canard to caramelised cannelés.

These are unimaginable scenes in many parts of the world currently caught in the grip of Covid-19. In France, where cinemas, theatres, concert halls and other arts venues have been closed since late October, going to the movies is a distant memory, with cultural experiences relegated to the virtual world.

But in Australia, where the coronavirus has been kept under control, the world's biggest French film festival has the green light to go ahead. It's an opportunity that attendees at the opening night aren't taking for granted.

"We were reflecting on being here 12 months ago," [the 2020 event was cut short when Australia imposed tighter Covid restrictions] says Clinton, a Sydney local who is a festival regular, along with his partner Mirelle. "We had a sense at the time that something was happening but we didn't quite know what. That was the last party that happened all year. So it's just exciting to be back."

Elsa, a French expatriate who hails from Toulouse agrees. "I'm incredibly grateful to be living a relatively normal life in Australia, and to be able to come to an event like this," she says. "But I'm also thinking of my friends and family in France who unfortunately aren't so lucky."

Renaissance
The Australian edition of the AFFFF attracts more than 300,000 francophiles and cinema devotees every year, and despite Covid threatening to cast its shadow, organisers expect a good turnout in 2021. "We're so privileged to be the only film festival in the world to be going ahead with people actually in attendance," the festival's artistic director Karine Mauris, told RFI. "It's the festival of renaissance!".

Of the 37 films that will be shown during the month-long tribute to le septième art, several, like culinary period drama Délicieux (Delicious) and tense thriller Boîte Noire (Black Box) starring Pierre Niney, will have their world premieres Down Under.

"It's a very complicated time for French cinema," laments Karine. With the pandemic delaying a slew of productions, there's a backlog of cinematic creations that have yet to make it to the silver screen. "Movies were made to be seen and shared, so the distributors are thrilled that there's an audience for them in Australia," she adds. "There's a real demand for French film here."

Travel through cinema
The opening night honour has been bestowed upon "Eiffel" (another international premiere), which won't be released in France until later this year. Starring Romain Duris (L'Auberge Espagnole, The Beat that my Heart Skipped) as Gallic civil engineer Gustave Eiffel, the film explores the engineering genius behind France's most iconic landmark.

According to Philippe Ostermann, the director of the Alliance Française Sydney, "Eiffel" takes movie-goers on a journey to France - no passport required - and was therefore the perfect choice to kick off proceedings.

"It embodies an ideal France that Australians are in love with; the culture, the architecture, the history...plus there's a love story! It ticks all the boxes for Australians who are dreaming of France," Philippe says. "Because they can't travel there right now [Australian international borders have been closed since March 2020], they can at least experience France through its cinema."