Malaria: the ordeal of Vicente Azumah 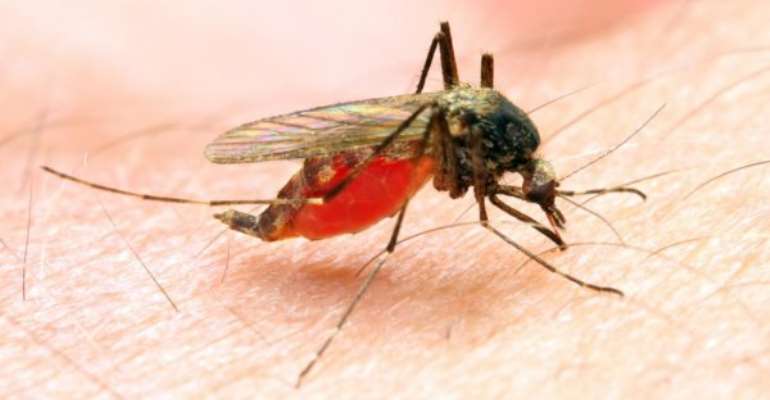 Vicente Azumah, a survivor of malaria and resident of Ashaiman a suburb of Accra, says malaria is a cruel and deadly disease poise to threaten the survival of human beings on the African Continent and the world as a whole.

Mr. Azumah narrating his ordeal about the disease and his near death encounter with malaria some years back, said in Ghana most people know about fever as one of the prevalent symptoms of Malaria and that it was a treacherous sickness.

“I could remember when I was sick with Malaria, it wasn't easy for me at all, and it was difficult to recover as I nearly passed away, if God had not intervened.”

Narrating his story, he said by the third day of the Malaria sickness, all his joints, knees and every parts of his body was in pained when he woke up in the morning.

Painting a vivid picture of his experience with Malaria, Mr. Azumah said the sickness lasted for about three weeks, which started with a cold and loss of appetite, “so I went to buy paracetamol, a drug that wasn't any better solution,” adding, “sometimes when I come out from the room I feel like there is something different in me, and if I'm in the room I feel cold, outside too I feel hot.

“It got to a time where my joints, knees, in fact every part of my body was paining me, even if you touch me it was like they were beating me, I couldn't even wear my shirt, whenever the shirt touches my skin, it felt like there was something that hit my skin and I could feel the pain,” he said.

He said within the three weeks, some of the sensual organs such as smelling were no longer functioning well as he could not smelled a rotten mouse in his room, it was a friend's intervention who rescued him from the smelled.

At the St. Mina Clinic in Ashaiman Official Town where he was admitted for about five days, he could not even believed that he was on drips for some days.

He said self-diagnosed medication treatment such as paracetamol drugs was a no go area for treating Malaria, and urged persons with Malaria to visit health centres or doctors for treatment.

Mr. Azumah's narration was to explain to the GNA in an exclusive interview as part of the National Malaria Control Programme (NMCP) and the African Media and Malaria Research Network AMMREN)interventions as part of campaigning for Malaria free in Ghana.

Speaking to some Health Experts to know whether malaria had been properly managed well by government, they explained that malaria was highly controlled by government in terms of malaria treatment. They noted that government was serious about eradicating malaria, but the only problem was the country had not been able to develop a vaccine on its own to really curb it in the long term.

Adding that when it comes to malaria and the roll out of malaria programme, which was actually brought by the Ministry of Health a few years ago, there was now a better testing system by majority of people even at the pharmacy and other levels, to ascertain that they had malaria before they treated compare to some years back, when much testing were not done, but just a look out for symptoms in order to treat.

Mr. Micheal Coffie, a Pharmacy, explained that only about four percent of people treated for malaria truly had malaria.

“We have realised that only four percent of people we treated as having malaria truly had malaria. And the test that we have been conducting these days using the malaria testing tools have actually showed that most people indeed were actually being treated with malaria which wasn't actually the case, and probably the older drugs like chloroquine and other drugs were no longer effective.”

He said sleeping under treated mosquito nets and cleaning of gutters, and personal hygiene, must be a priority to every Ghanaian. And that people must stopped using mosquito coil because it affected some health systems in the body gradually.

Malaria a life threatening disease, caused by parasites that are transmitted to people through the bites of infected female Anopheles mosquitoes, which is preventable and curable, but can kill easily.

According the World Health Organization (WHO) 2019, there were an estimated 229 million cases of malaria worldwide and that the estimated number of malaria deaths stood at 409,000 in 2019.

Records from the WHO website indicated that children under five years of age were the most vulnerable group affected by malaria, adding that, in 2019, they accounted for 67 per cent representing 274,000 cases of all malaria deaths worldwide.