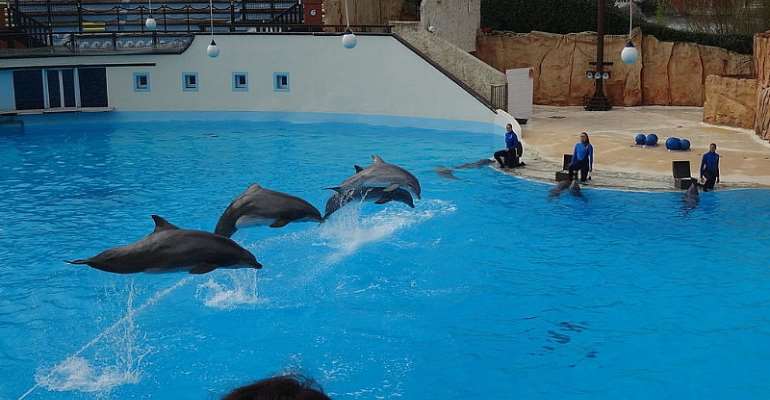 A major amusement park in northern France said on Monday it would close its dolphin and sea lion aquarium, the day before lawmakers start to debate new animal welfare rules.

The dolphin shows are a popular attraction at Parc Asterix, which normally has some two million visitors a year, but have long been a target of animal rights activists.

"We've been thinking about this for several years," the park's managing director Nicolas Kremer told Le Parisien newspaper, saying the site wanted to focus instead on rides and other shows.

He said the dolphins would be transferred to other aquariums in Europe in the next two months, adding: "Reintroduction in a natural environment is not possible for these animals raised in captivity."

Captive marine mammals
A ban on captive breeding of dolphins and other marine mammals as well as their use in shows is a key part of the draft law, with the debate due to begin on Tuesday.

A previous effort to outlaw the practices by decree in 2017 was thrown out by the Council of State, France's highest administrative court, but animal rights group have kept up pressure for the ban.

"These associations think that captivity is abuse, but I can tell you that we have always ensured the wellbeing of our animals," Kremer said.

The park, based on the Asterix the Gaul comics, is hoping to reopen for the busy summer season on 3 April if coronavirus restrictions are lifted by then.

Pet-owners to sign charter
The French parliament will examine some 500 amendments from Tuesday afternoon until Friday, relating to the treatment of animals within the entertaiment industry as well as for the general public.

In particular, the bill proposes to introduce a "rights charter" signed by pet owners, to remind them of their responsibilities such as feeding, vaccination and hygiene, in a bid to limit the number of abandoned pets.

The punishment for the mistreatment of animals will also be tougher, with a three year prison sentence and 45,000 euros fine if a pet has been killed. If convicted, the pet owner would be banned from aquiring another animal.

However, the topics of hunting, breeding in cages for farm animals and slaughter techniques have been excluded from the debate, which has frustrated some lawmakers and rights groups.

Election Petition: I disagree with process of trial and ruli...
16 minutes ago