Rolling with the punches: How French tourism faced down terror, Brexit & Covid 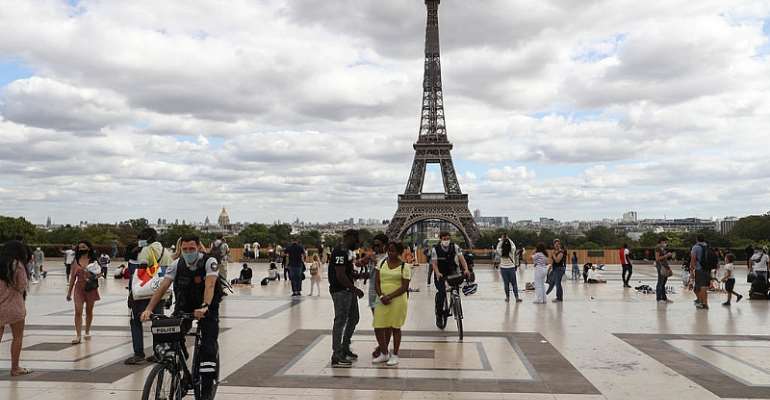 In 2019, France recorded a stunning 90 million visitors to the country, firmly establishing its pole position as the most visited nation in the world. On the back of those record numbers, France's tourism industry continued full-steam ahead with the ultimate goal of surpassing over 100 million visitors by 2020. Then Covid-19 crashed on Gallic shores...

When the first lockdown began in France on 17 March 2020, many concluded that that would be the death knell for many businesses relying on the French tourist sector. Tourism accounts for over 8% of France's GDP and employs over 2 million people, both directly and indirectly, generating around €200 billion per annum for the French economy.

Although Covid-19 caught the world unaware, the tourism sector in France has proven incredibly resilient, possibly helped by the tenacity and perseverance of state players in the industry, as well as the official tourism agency Atout France, following the 2015 terrorist attacks and subsequent terror-related incidents across the country.

There was a 35% drop in tourist spending in France in 2020 due to Covid, but the summer tourist season was saved from obliteration by the domestic market, following the success of “staycations” among the French.

On the back of the relatively healthy French domestic tourist market, Atout France launched a campaign with the slogan “This Summer I'm Visiting France” but a 2nd lockdown took effect before the All Saints autumn holidays sticking another Covid spanner in the works.

RFI's David Coffey spoke to the CEO of Atout France, Caroline Leboucher, about the current state of France's tourist economy and how the sector is selling vacations in the time of Covid.

"Well, we estimate that there was always a 35% drop in tourist spending in France last year, which means over €60 billion euros dropped in tourist spending. So that's huge. It was a very difficult year for many companies. But in particular, in the travel and tourism industry.

"Many markets took initiatives. First of all, to support the industry and second, to encourage 'staycations'. So that's what we did. During last summer with the "Cet été je visite la France" campaign, which was very successful with over 80 business partners joining this campaign, over 20 million of videos that were viewed on various social media [platforms].

"And as such, we observed a surge during the summer, in the number of domestic tourists compared to previous years, combined with a very dynamic market in most northern European countries.

"So which means that we received a very good number of Belgian visitors, Swiss as well as from the Netherlands or Germany. And that partially offset the decline in long-haul visitors. As a result, for the first time last August, we had positive results of a travel item of a balance of payments. So that was really a first.

Walking a fine line between safety and the economy

The French government has set plans in motion to invest a total of €18 billion in the tourism sector, but there is a certain Catch 22 for the industry when charged with implementing recovery plans while also adhering to strict government restrictions on travel both within France and between neighbouring European countries.

"I think the first thing is to rebuild confidence and to give the right pieces of information at the right time. And that's why we chose to go on social media, because it's so flexible and easy to adapt your communication depending on whether they are any current travel restrictions or not.

"Because the tricky part of those Covid travel restrictions is that the situation is evolving so quickly that you might launch a campaign and invite all international tourists to come back to France again, and then the next day the situation has changed.

"So first of all, we try to inform our business partners on the status on the market and the health situation, and what kind of services were open and how they would work the kind of experience that they might be able to offer.

"But it's true, it's a balance that you have to strike. I think that's the job of the various governments, how you balance between health measures and economic impact."

But over the past decade, the French tourism industry has rolled with many punches. Less than two years ago Paris' iconic Notre Dame cathedral went up in flames to the horror of everyone who witnessed the calamity. But harder yet to absorb by the sector, was the aftermath of the wave of terrorist attacks that hit Paris and the country in 2015.

France's tourism sector has been dealing with trauma and the rebuilding of shaken morale within the industry for some years now. How difficult has it been to keep tourists returning despite these challenges?

"We had to restore confidence. At the time, I was not yet CEO of Atout France, but there were many operations to help rebuild that confidence. That means rebuilding confidence through the industry, through various business partners, and with the press as well.

"And then with various promotion campaigns ... Paris, and France recovered quite quickly. By 2018, we had a record number of international visitors again. So on the whole what it means and the lesson we can learn from those terrorist attacks and how we recovered is that the tourism industry is a very resilient one. That's why I'm rather optimistic about how the travel and tourism industry can recover from the current crisis."

And as the vaccines are being rolled out and economies are gradually reopening, what are the projections for the industry this year? And more importantly, what will tourists be looking for after a year in lockdown?

"Being very cautious, we're quite optimistic for this second part of the year, at least from December onwards. The recovery in terms of the international flow of tourists will be slow.

"Regarding trends and what travellers are looking for ... people will be looking for more authenticity, more nature, open spaces, especially after being locked down. Maybe we had lost that sense of what it means to travel really... which is to discover new cultures to go and meet other cultures and other people."