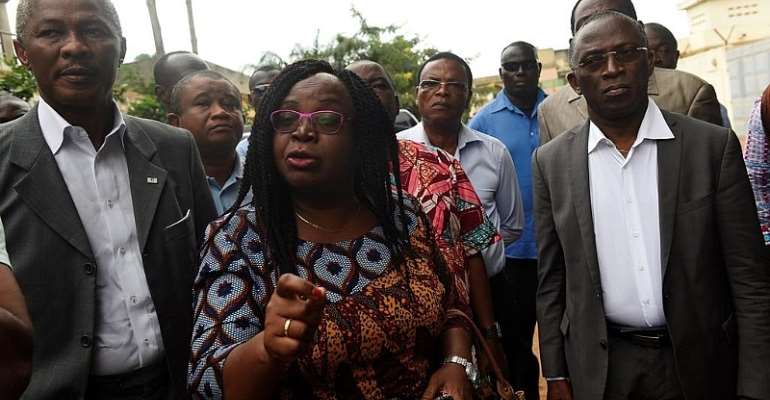 Critics of the authorities in Togo have slammed the arrest of key opposition figures held over accusations of plotting to destabilise the country. Gérard Djossou and Brigitte Kafui Adjamagbo-Johnson were arrested on Friday and Saturday in the centre of the capital Lomé by Togolese security forces.

Adjamagbo-Johnson and Djossou remain in detention on Monday, questioned by Togolese intelligence services and the criminal investigation unit, according to RFI's correspondent Peter Sassou Dogbé.

A number of “incriminating” documents were discovered following a raid on the house of Djossou, while Adjamagbo-Johnson was said to be in possession of documents linked to a plot of “destabilisation”, according to a statement published by the Togolese prosecutor.

Adjamagbo-Johnson is a lawyer and was a candidate in Togo's 2010 elections. She is currently secretary general of the Democratic Convention of African Peoples (CDPA) party.

Djossou is president of the social affairs committee within Dynamique Mgr Kpodzro, a movement named after Philippe Kpodzro, a church leader, who was particularly vocal about electoral fraud during the last presidential polls.

Togo has been ruled by President Faure Gnassingbé since 2005 when he took over from his father Gnassingbé Eyadema who ruled the country for 38 years.

No evidence?
Lawyer Darius Atsoo, acting for Adjamagbo-Johnson and Djossou, said the case against them lacks strong evidence, according to reports from Lomé correspondent Peter Sassou Dogbé. Atsoo called on the Togolese prosecutor's office to guarantee an independent and impartial investigation.

François Boko, a former minister of the interior living in exile, urged the immediate release of Adjamagbo-Johnson, saying she had “peacefully fought for decades for human rights in Togo” and on behalf of political prisoners.

The CDPA, Adjamagbo-Johnson's political party, criticised her detention, saying it was an attempt to silence critics of Gnassingbé's government.

Dynamique Mgr Kpodzro said the arrest of the two opposition politicians by Togolese authorities was an attempt to decapitate the opposition movement.

Gnassingbé won re-election in February, taking 72% of the vote, however, the opposition accused the authorities of widespread fraud.

The Togolese government changed the constitution in 2019, enabling Gnassingbé to stand for re-election. The changes also potentially allow him to remain in power until 2030. The proposed constitutional changes had brought many Togolese out onto the streets in 2017 and 2018, sparking widespread demonstrations.