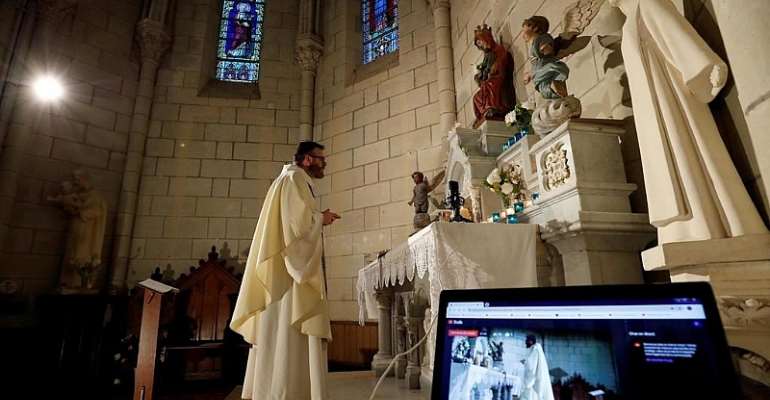 Services in places of worship are to be allowed from 28 November, "within the strict limit of thirty people". President Emmanuel Macron's announcement of the easing of a second Covid-19 lockdown has, however, disappointed many religious leaders.

Religious officials had agreed on a protocol that would allow for the resumption of public ceremonies during a meeting at the Ministry of the Interior on Monday.

However, the Conference of Bishops of France (CEF) said it was "disappointed and surprised" by the maximum level of 30 people announced by President Macron, recalling that it had proposed to the authorities a partial church occupancy of "a third of the usual capacity."

In a press release, it was announced that "[Monsignor] Eric de Moulins-Beaufort, president of the CEF, called on the President of the Republic to request that this measure, deemed 'unrealistic' be revised".

It also stated that the measure to limit congregations was "inapplicable...and disrespectful of the reality of the religious practice of Catholics".

"By persisting in refusing to take into account the size of churches and the epidemic situation specific to each territory, Emmanuel Macron is holding the freedom of worship hostage," the statement added.

Over the past few weekends, thousands of Catholics have demonstrated across the country to demand the return of masses.

The French Council for Muslim Worship (CFCM), also deemed the limitation to 30 people too restrictive, stressing that it would have "preferred the rule of one person per 4 square metres".

"As things stand, the CFCM recommends postponing the resumption of Friday prayers until further notice," it said in a statement, calling on mosques that cannot meet the 30-person mark to also postpone daily prayers to 15 December."

"The fact of having a gauge for everyone, is clear," he said, "it helps make things clear and visible to everyone. We're not going to send people to measure square meters in a church ".

During Monday's talks at the Ministry of the Interior, religious leaders had specifically agreed to ensuring a distance of 4 square metres between each faithful.