A third of world’s Covid-19 cases are in Brics countries, but approaches differ 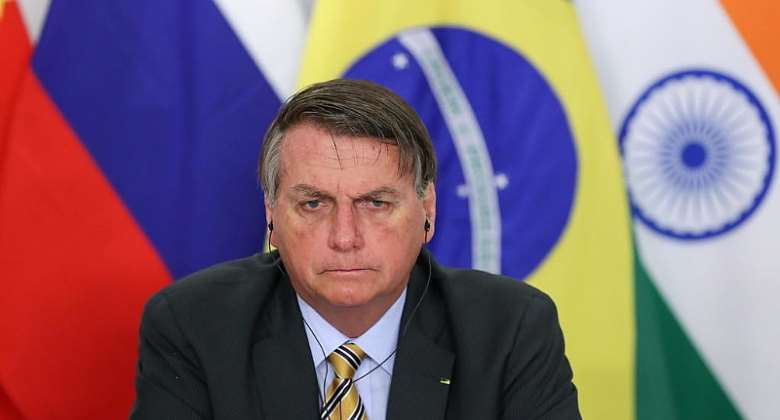 The 12th Brics summit, bringing together “emerging nations” Brazil, Russia, India, China and South Africa, have held a video conference, hosted by Moscow. Apart from strategic and economic issues, the partnership, which accounts for a third of worldwide Covid-19 cases, addressed the current pandemic. So how solid are the Brics?

Trumpeting the group's determination to be “united for a better world” and committed to “multilateralism,” the XII Brics Summit's Moscow Declaration stressed the importance of the United Nations but focused much of its attention to fighting the Covid-19 virus.

According to the official Xinhua News Agency, China will also support vaccine research and development in Brics nations, and explore the use of traditional Chinese medicine in the prevention and treatment of the virus.

"We remain convinced that the theme of our times, peace and development, has not changed, and that the trend toward multipolarity and economic globalisation cannot be turned around," Xi said.

Russian President Vladimir Putin assured the other Brics leaders that coronavirus treatments developed in Russia “work effectively and safely” and urged the group of emerging nations to “join forces” in the mass production of the vaccines.

Putin's remarks come after the early results of large studies of several experimental Covid-19 vaccines, including a Russian one, were announced.

Pharmaceutical company Moderna said on 17 November that preliminary data from an ongoing study involving 95 cases indicate that its vaccine is 94.5 percent effective. Last week, another company, Pfizer, said its own vaccine may be 90 percent effective after testing it with 94 cases.

Two days after the Pfizer announcement, developers of the Russian-made vaccine Sputnik V said it carried out a trial based on 20 cases suggesting a 92 percent effectiveness.

Russia came under a wave of international criticism for giving Sputnik V regulatory approval in August, since the vaccine has yet to complete the advanced studies on tens of thousands of people, necessary to establish the product's safety and effectiveness. Russian authorities have since approved another product after early stage studies.

Addressing the leaders of Brazil, India, China and South Africa at the online summit on Tuesday, Putin stressed that “coordinating collective Brics measures” to tackle the pandemic is the alliance's priority. He also said Russia was ready to cooperate with its Brics partners “in the manufacturing and use” of the Russian-made vaccines.

The Russian Direct Investment Fund, which bankrolled the development of Sputnik V, has agreements with India and Brazil to conduct trials of the jab, and pharmaceutical companies in India and China are ready to produce it, Putin said.

Indian Prime Minister Narendra Modi said that India's vaccine production capacities will be important "for the interests of humanity," and Chinese President Xi Jinping said Beijing “will actively consider" providing its vaccine to Brics countries "if there is need”.

The XII Brics Moscow declaration said that the five member states would work to ensure that, once a vaccine becomes available, “it is disseminated on a fair, equitable and affordable basis”.

South African President Cyril Ramaphosa stressed that the coronavirus pandemic "demonstrates the need to accelerate the establishment of the Brics vaccine research and development centre" in his country.

Two years ago, South Africa committed itself to the creation of a vaccine research and development centre, a vow enshrined in the Brics 2018 Johannesburg Declaration.

South Africa is participating in several research initiatives with continental and international partners, including the global effort to develop, manufacture and distribute a Covid-19 vaccine.

Brazilian President Jair Bolsonaro took a different line on the fight against the virus. The South American leader ridiculed the wearing of masks and played down the seriousness of the pandemic. Bolsonaro was quoted by the Agencia Brasil website as telling his Brics colleagues  that “entities like the World Health Organisation…need an overhaul".

He went on to criticise “the politicisation of the virus,” saying that the pandemic showed that individual nation states, rather than international organisations, would be more effective in fighting the epidemic – a return to 19th century thinking.

Chinese company Sinovac Biotech is currently mass-testing its Covid vaccine in Brazil. The tests were halted briefly last week after a person died in “a severe adverse incident” but resumed after Brazil's health regulator Anvisa concluded that the death had no connection to the vaccine.

In a statement on Wednesday, Anvisa said it now had "sufficient information to allow vaccination to resume".