Akufo-Addo Didn't Intend For The Office To Be Headed By A Lackey, What A Shock — NPP Reacts To Amidu's Resignation 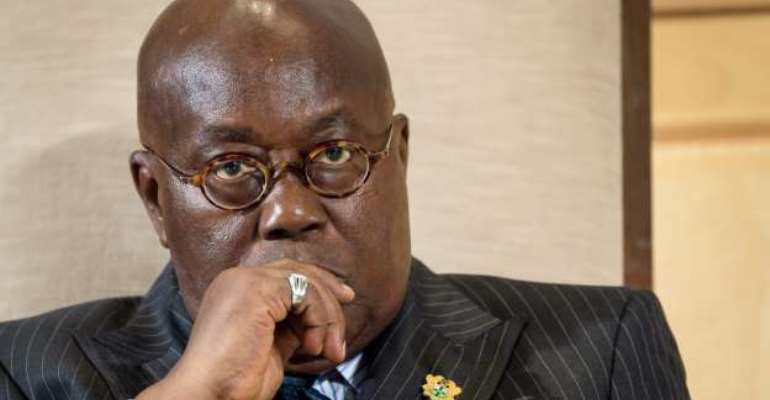 The ruling New Patriotic Party ( NPP) says it is shocked to the marrow at the resignation of Special Prosecutor Martin Amidu.

According to the party, President Akufo-Addo provided Mr Amidu with the necessary space and resources to establish an exemplary anti-corruption office in the country.

In a statement, the ruling party said: ” The New Patriotic Party (NPP) has received with shock and dismay, the news of the resignation of the Special Prosecutor, Martin Amidu.

“Shock because Mr. Amidu chose to walk away from the golden opportunity of establishing a brand new effective agency, having had the best part of three years to demonstrate and cement his undoubted anti-corruption credentials in doing so. The Presidency and the Ministry of Finance, the evidence indicates clearly, has done everything to make the OSP operational, effective and independent. The decision to appoint Martin Amidu himself is a clear indication that the President did not intend for the Office to be headed by a lackey.

“We remember those who lacked the courage to implement their own manifesto pledge. The National Democratic Congress gave a manifesto promise to separate the Attorney General Department from the Ministry of Justice to give the AG the independence to prosecute corruption cases without fear or favour. But, when they were given the power to act they lacked the courage to do so. That has not been the case with Nana Akufo-Addo and the NPP”.

The statement continued: ” We remember in 2012 when Martin Amidu, who described the NDC of undertaking “gargantuan corruption”, was sacked by President John Evans Atta Mills. The Chief of Staff justified it with a statement that Martin Amidu “misconducted himself” as Attorney General in a meeting with President Mills. But, Martin disagreed and accused President Mills of “interfering” with the AG’s “prosecutorial powers under the Constitution in relation to three dockets…” Thankfully, that era is behind us.

“Ghanaians admired Martin Amidu’s subsequent role as “Citizen Vigilante” and it was because of this fierce sense of independence and experience as a prosecutor that apparently persuaded President Akufo-Addo to nominate Martin Amidu, a long-standing leading member of the NDC to be the first Special Prosecutor. Even then, the NDC fought against the appointment at the Supreme Court but without success.

“Mr Amidu has not resigned because any investigation of his has been interfered with by the Presidency or any member of government. Since 2018, he has been offered all the room and support he needed by law and mandate and every money he has requested to set up an entirely new institution, which comes with its own challenges, and to operate the Office independently and efficiently. No political office holder has interfered in the administration of that Office. Indeed, that his actions appear to impact both the incumbent and immediate past governments vindicates the wisdom of the mandate and powers of the Office which he occupied. An Office hinged on independence of thought and action”.