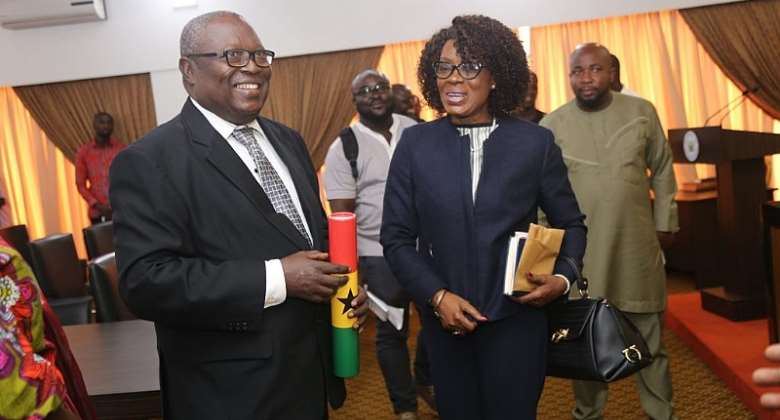 For the brevity of its ferocious accuracy, the iconic medieval Persian historian, Ata-Malek Juvayni [1226-1283] summarized the Mongol conquest of central Asia as follows: “They came, they uprooted, they burnt, they killed, they plundered, and they left.” Indeed, the political incorrectness of Ghanaian politicians must be a source of consternation to every citizen.

Oh my gosh, look at this statement attributed to the New Patriotic Party [NPP] general secretary, John Boadu! “Truth be told, internally, party members were not happy with this appointment but the president wanted to show to the Ghanaian people that we can go beyond partisanship.

What pains me about this issue is that Mr. Amidu has hit the nail in the coffin on the argument that if someone is not your party member and he’s competent, you can appoint him into your government for the country to develop. Do you think with what Mr. Amidu has done a government will have the confidence to appoint an outsider?” [Source: GHANAWEB, November 22, 2020]. John Boadu, please, an outsider is who?

What is the glory of Martin Amidu, if notwithstanding his lofty professional and educational credentials, he resolved to be complicit in clandestine political meetings aimed at creating, looting, and sharing at the expense of the down-trodden?

What were the NPP’s reactions when Mr. Amidu, erstwhile Ghanaian special prosecutor, attempted to implicate ex-president John Mahama as the government official 1 in the Airbus scandal that has gained global notoriety? I am not privy to terms of reference for the Agyapa risk assessment; even so, is it not nuance or off-tangent for Amidu to add Mahama’s name into Agyapa risk assessment? What does this suggest? Obsessed with sycophancy, political susurrus, and self-righteousness of NPP’s creation, Amidu appeared to be coerced into senseless political compliance.

John Mahama can never be a government official 1 in the Airbus scandal. Akin to the African traditional political institution of chieftaincy, Ghana’s president is the primus inter pares, to wit: first among equal. In the case of Ghana, the president appoints his officials to form his government.

The executive president in Ghana is both head of state (ceremonial) and head of government [known as prime minister under a parliamentary system of government]. The fourth Republican constitution of Ghana [1992 constitution] empowers the president to appoint the officials for running the administration of the country.

A courageous person is one who believes in the imperfection of humans as a territorial being. Mistakes help us to improve our efficiency and competence. I think NPP must stop these needless vitriolic attacks on Amidu and instead focus on scrapping the corruption-ridden Agyapa deal. NPP must rather apologize to Ghanaians! Amidu can never be and will never be any politician’s poodle! I don’t think Mr. Amidu can make a sensational heading in the media from a genuine man preaching for Ghanaians common good. What does John Boadu want to hide from non-NPP members? Amidu is a God-fearing man! I pity the youth celebrating these selfish politicians. There must be a surge of national pride rather than partisan or tribal pride!