Sekondi-Takoradi In Shock Over Death Of Rawlings 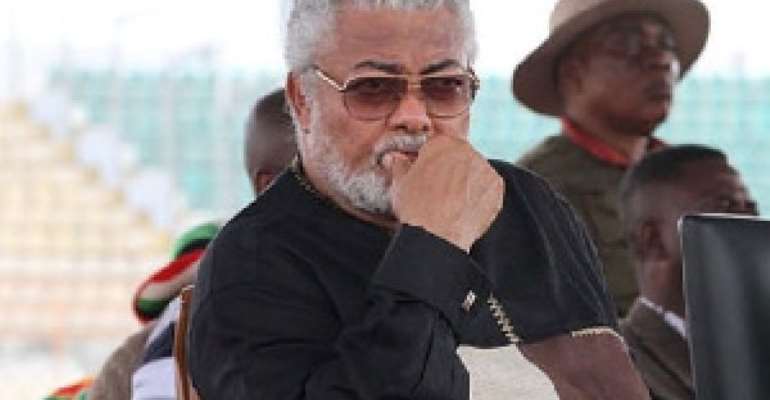 Residents in the Sekondi-Takoradi Metropolis have expressed shock and dismay over the demise of ex-President Jerry John Rawlings.

Sampled views by the Ghana News Agency (GNA paint a gloomy picture over the death of the former President.

Teachers at the Methodist Senior High School at Kansaworodo, a suburb of Takoradi received the news with disbelief.

The teachers expressed grief over his loss and how they would miss the former President especially on the political landscape.

The atmosphere at Anaji, Kansaworodo, Ntankorful, Fijai and Nkroful was calm as residents, commuters and traders were heard talking about the exit of Mr Jerry Rawlings.

In a random sampling, some residents poured out their hearts to mourn the death of the ex-President.

They told the GNA that they would miss Mr Rawlings for his charismatic leadership style which led to a house cleaning exercise in Ghana at the time.

He would also be remembered for his resolve to actualize the 4th Republican constitution, which was a transition from military to Democratic dispensation in 1992.

They would also remember him for his comments on national issues.

According to the residents, his demise was unfortunate at a time the nation needed his expertise in the run-up to the December elections.

Akufo-Addo appoints UG pollster as Director of Research at t...
48 minutes ago

Muntaka has defamed all Supreme Court judges with bribery cl...
48 minutes ago