A Legend Departs From Life: South African Chapter Of The NDC Pays A Glowing Tribute To H.E. Jerry John Rawlings 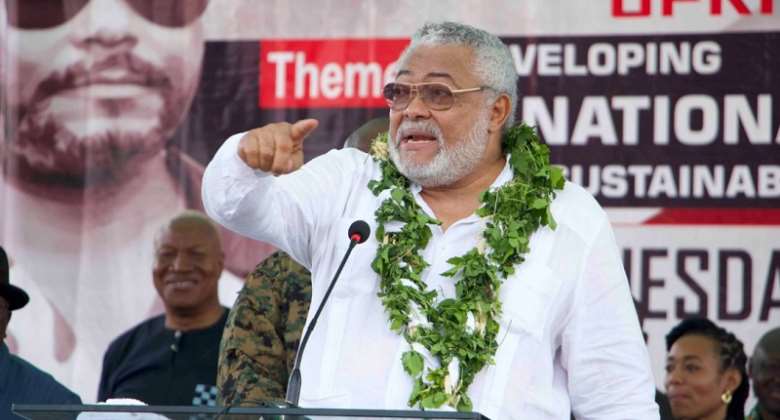 “What counts in life is not the mere fact that we have lived. It is what difference we have made to the lives of others that will determine the significance of the life we lead” – Nelson Mandela.

It was with the greatest of sadness that we learnt about the unexpected demise of the founder of our political party – the National Democratic Congress – and the first president of the fourth republic of Ghana, His Excellency Flight Lieutenant Jerry John (JJ) Rawlings.

When the news broke, some of us were quick to disregard it as one of the fake news stories that have characterised the contemporary social media dispensation. However, it quickly became obvious that indeed, death has laid its icy hands on our founder and former President.

The South African Chapter of the National Democratic Congress mourns with the nation, the National Democratic Congress and, family and friends of the late former president. We also take this opportunity to celebrate the life of this great man who once graced the political corridors of our country and led a renaissance of statesmanship and political stability that birthed the fourth republic and made Ghana a beacon of multi-party democracy in Africa.

As Nelson Mandela said, “real leaders must be ready to sacrifice all for the freedom of their people”. Former President JJ Rawlings epitomized this. He would not only be forever and fondly remembered as someone who put his life on the line to save the country from the doldrums of an economic and social quagmire, but more importantly as the father of the fourth republic of Ghana.

His place in the history of Ghana, would only be second to the first president, Osagyefo Kwame Nkrumah. ‘A man of the people’, ‘poor man’s friend’, ‘voice of the voiceless’, ‘avid fighter of corruption and injustice’ are some of the fitting accolades that resonate with who H.E. JJ Rawlings was and what he would be remembered for. His vision, espoused values, and leadership made an enduring difference in our country and in the lives of many people. You are true, a legend!

As Nelson Mandela said, “When a man has done what he considers to be his duty to his people and his country, he can rest in peace. Former President JJ Rawlings, you have done your duty to your people and country, and therefore we wish you a sound sleep for eternity.

We shall forge on with your ideals, and fight and strive to protect your legacy for a better Ghana!

Long live the SA Chapter of the National Democratic Congress!

Long live the nation of Ghana!!!