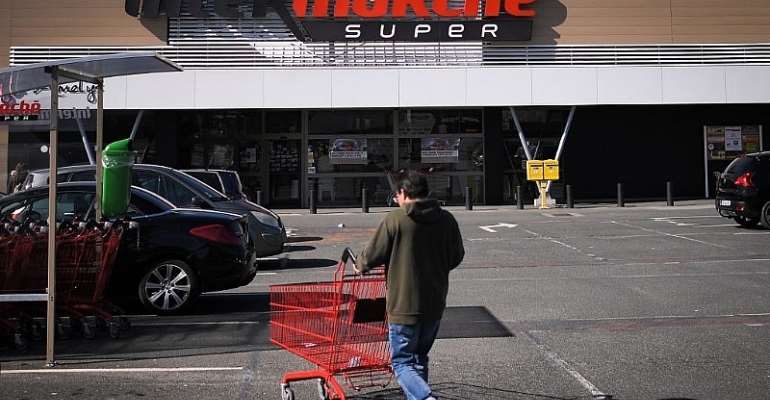 The leading French supermarket chain Intermarché is launching a "solidarity drive" to help small businesses such as local booksellers to use the click and collect system, tapping into resentment over Amazon's predominance in the new Covid lockdown.

"We heard the anger, the distress of small businesses and bookstores in particular," Intermarché's president Thierry Cotillard, told French news AFP on Thursday.

"Businesses are being pushed to go digital, to offer click and collect, but not all are necessarily ready for it," he added.

With full-page newspaper ads saying "Sorry Amazon," the Intermarché group said that from 9 November local businesses - bookstores first of all - would be allowed to sell their products on its online "click and collect" marketplace.

Giant Amazon targeted
Intermarché's ad campaign even calls out Amazon's chief Jeff Bezos: "And sorry Jeff, but we're already working on rolling this out to other struggling businesses."

Book lovers have been fuming over the decision to shut bookstores as "non-essential" in the lockdown,  to which the government responded by also banning book sales at supermarkets in a bid to alleviate unfair competition concerns.

Other retailers have also complained about having to close again in a lockdown that effectively turns Amazon and other e-commerce sites into the only shopping option for millions of people.

Anger against Amazon has long been fuelled by its exploitation of EU tax rules, which critics say give it a tax advantage over distributors.

On Thursday, the head of Amazon in France told Le Parisien that the company had paid some 420 million euros in tax in France in 2019 and that it was trying to serve French people.

The French government has promised billions of euros in aid for businesses forced to close in the second lockdown since the coronavirus crisis erupted in March.

On Thursday, it said mail costs would be waived for independent bookstores so they could ship directly to clients -- only the legal minimum mail rate of one cent will be applied during the lockdown.

But retailers' associations warn the help might not be enough to prevent many smaller stores from going out of business, especially if the shutdown extends into the all-crucial holiday season.