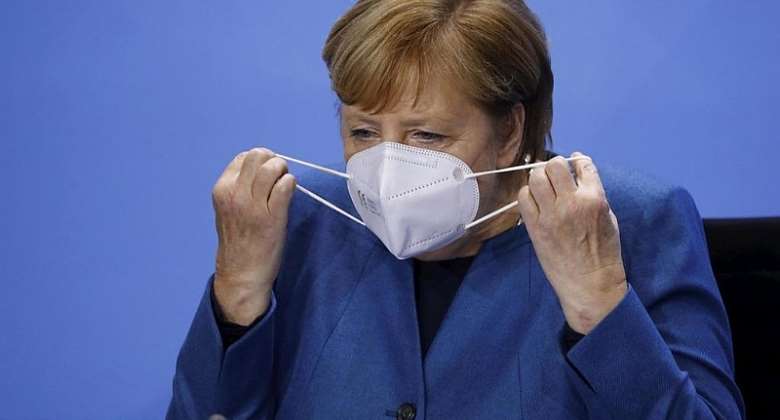 As France prepares for a month-long return to national lockdown, Germany has also imposed drastic new restrictions. European leaders are set to meet on Thursday to discuss dangerous spikes in the numbers of coronavirus infections across the continent.

In Germany, Chancellor Angela Merkel ordered a new round of shutdowns from Monday, 2 November, until the end of the month, although Germans will not be confined to their homes.

Meetings will be limited to groups of ten people, who must come from no more than two separate households.

Shops in all business categories will remain open, but with a limit of one client for every ten square meters of public space.

Germans will be free to leave their homes without any form of justification, but they have been asked to avoid all non-essential travel and to keep interpersonal contact to a minimum.

The new restrictions come into effect on Monday 2 November and will apply everywhere in Germany.

Bars, cafes and restaurants must close, as well as theatres, operas and cinemas. Hotel stays are to be restricted while professional sport, including Bundesliga football, is to be pushed back behind closed doors.

Ireland had already locked down again last week, and the decisions by France and Germany will likely lead to pressure on other nations, including Britain, to follow suit.

EU leaders will hold a video summit on Thursday to discuss the crisis, the first in a series of such calls to improve coordination against the virus.

The United States still has the highest death toll and infection count in the world, and like Europe, it is battling a major surge with tens of thousands of new daily cases as fears grow that hospitals could be overwhelmed.

There was further alarm on Wednesday when the FBI and two other US agencies warned of "an increased and imminent cybercrime threat" to American hospitals, including ransomware attacks and disruption of services.

The agencies urged hospital administrators to take precautions, saying such attacks "will be particularly challenging" because of the Covid-19 pandemic.