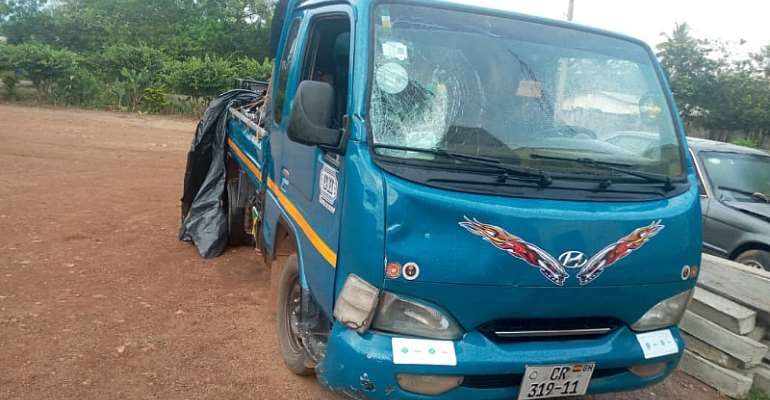 A police officer has reported dead after a truck run over him at a police checkpoint near Apam in the Central Region.

The truck was moving from Mankessim towards Apam with two persons on board.

On reaching a section of the road, the truck driver, who was reportedly driving recklessly, hit the officer, Sergeant Salihu Hifzullar, aged 39, who was on snap check duty.

The Public Relations Officer of the Central Regional Police Command, DSP Irene Oppong, said the driver was moving “without due care and attention.”

He sustained various degrees of injuries and was rushed to the Catholic Hospital in Apam where he was admitted for treatment but died soon after.

According to DSP Irene Oppong, the suspect driver, Francis Akese “has been detained and is assisting police with investigations.”