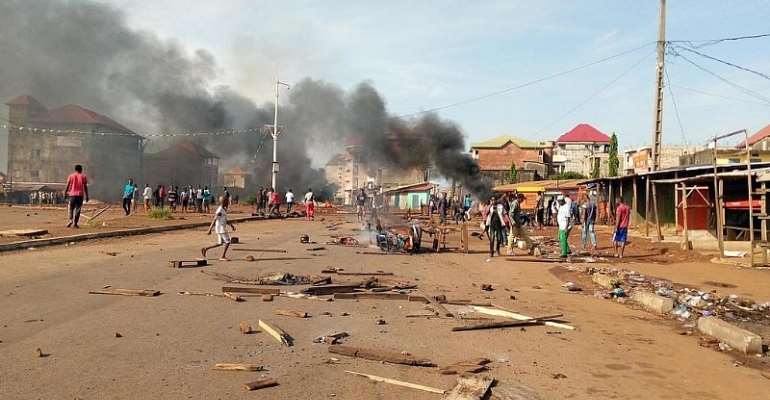 Opposition alliance member Thierno Diallo, the head of Guinee Moderne party, spoke to RFI's Africa Calling podcast on Friday, saying that their tally shows Diallo with 52 percent of the vote, while Condé has 39 percent.

“We have the results slip for every polling station that shows the result and we have the falsified copy later where (Condé) is the winner,” said Diallo.

“By law it says that any result that is posted outside the polling station can never be changed. And we have a copy of what is coming out of the polling station,” he said, adding that even though the international community certified the vote as free and fair, they have the proof that the official results are wrong.

“It's important for us to come out and put a stop to that,” said the Guinee Moderne leader. He says that presidential candidate Diallo will be bring the case to the constitutional court.

A spokesman for the electoral commission has denied Diallo's claims.

Conde, 82, is running for a third term after a constitutional referendum in March gave him the opportunity to run for another two terms, a legal change that the opposition parties dispute. Violence broke out after the March vote.

Protesters calling for Condé to step down have taken to the streets of the capital and in other parts of the country for the past year. This week alone, at least 17 people were killed.

UN Secretary-General, Antonio Guterres, condemned the violence in Guinea and has called on all parties use legal channels to deal with the vote dispute.