French economy expected to contract sharply over next three months 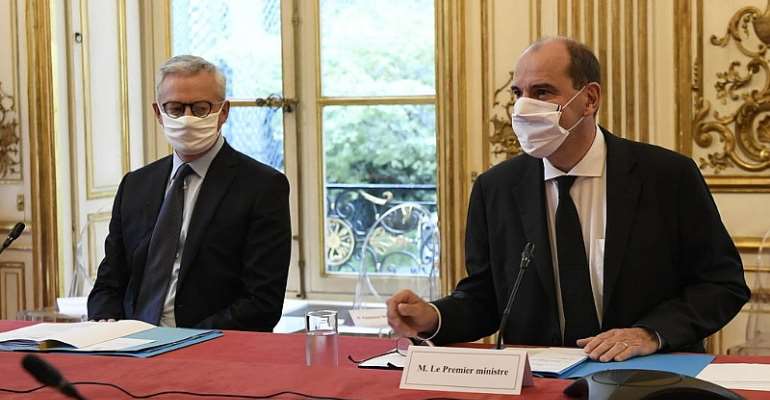 France's economy could shrink again in the final three months of this year as a result of the widespread curfews imposed by the government to rein in a second wave of the coronavirus, Economy Minister Bruno Le Maire has warned.

"In the fourth quarter, we risk seeing a negative growth rate," Le Maire said in a Friday morning radio interview.

"But I am sure that the French economy will see a strong rebound in 2021," and that growth will return to 2019 levels in the course of 2022, the minister said.

The renewed contraction, coming after many leading economies were pushed into unprecedented recession by the worldwide lockdowns earlier in the pandemic, "is no surprise," Le Maire said.

The risk of negative growth at the year-end had been factored into the government's overall forecast for a contraction in gross domestic product for the whole of 2020, he explained.

"We knew that the pandemic could start-up again and because there is a lot of international uncertainty," the minister said.

On Thursday, Prime Minister Jean Castex had said that curfews initially planned for nine major cities including Paris would be extended to cover as many as 54 different departments across the country, affecting 46 million people in all.

At the same time, the premier also announced that economic support packages for struggling businesses would similarly be extended.