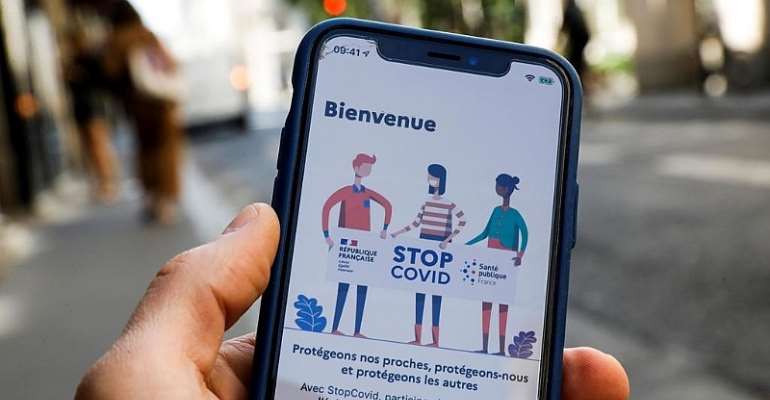 A new version of France's Covid-19 tracking app is to be launched on Thursday. "TousAntiCovid", or All against Covid, replaces StopCovid, the first version, which was scrapped after it failed to take off.

After the original StopCovid app was downloaded just 2.6 million times since its launch in June, President Emmanuel Macron announced a new version during a live TV interview on 14 October.

Similar to the old version, TousAntiCovid uses the phone's Bluetooth connection to detect other users' phones in the vicinity.

However, unlike the earlier version, the upgrade lets users activate the new app at the right time, such as before entering crowded places like public transport or shopping malls.

If a user tests positive for Covid-19, they can scan a code provided by the lab which will then send an anonymous alert to users who have been in close proximity to them.

The app also alerts users when they get close to someone who has tested positive for Covid-19.

The new app will also be equipped with a feature that allows Covid-19 monitoring at the local level. By entering the postal code to indicate the location, users will be able to access the latest information in their cities and departments.

The government was keen to emphasise that the new app respects data protection rules, as it does not track users' location and cannot know their identity.