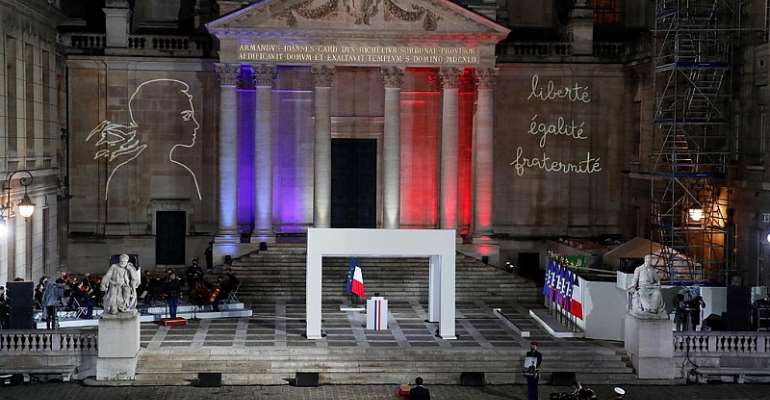 A day after a solemn national tribute to murdered French school teacher Samuel Paty, Education Minister Jean-Michel Blanquer has launched a series of high-level discussions on education, intended to put teachers "at the heart of society".

The national consultation on education, launched on Thursday, is expected to last three months.

Salary increases and additional protection for the members of a profession at risk were already scheduled to be discussed, before the savage murder of Samuel Paty.

Since his death on Friday, Education Minister Blanquer says he want this national consultation to put "the teacher at the very centre of society".

The minister and teaching unions have been planning these discussions for several months. Confirming that they would go ahead as planned, the minister added that the safety and social recognition of teachers had always been key elements on his agenda, but they had taken on additional resonance and significance in the wake of Paty's murder.

The minister went on to say that the key words under discussion in these consultations will be "financial recognition", "cooperation", "modernisation" and "protection".

Invoking the "national wave of revulsion" after Paty's death, Blanquer went on to suggest that the time has come for a reassessment of the place of the teacher in French society, in the lives of individual families, of individual citizens.

"We must respect teachers," the minister said. "We must consider them as central to our society."

On the question of salary increases, the minister has promised that the entire profession will benefit from a broadened pay structure, including the youngest, more recent recruits.

"And I want the national education system to become less anonymous," the minister continued. "I want us to pay more attention to what is happening in the careers of each teacher, so that every member of the profession will feel supported and appreciated."

The education budget for 2021 has already been allocated, with an increase of 500 million euros. Much of this additional money will be used to boost French teachers' salaries, currently 7 percent below the average of member states of the Organisation for Economic Cooperation and Development for those starting their careers.