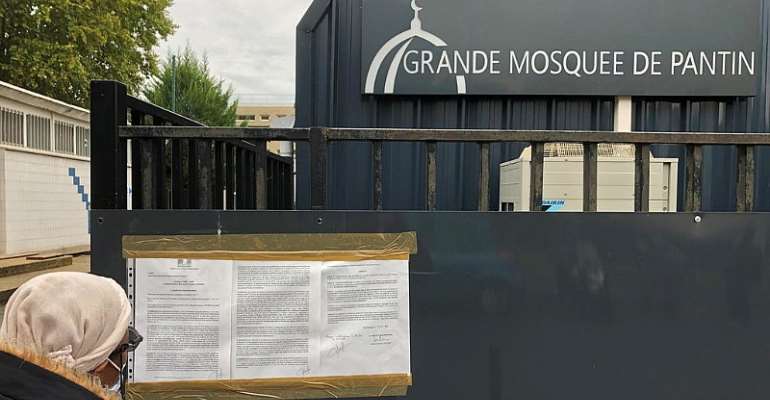 France has ordered the temporary closure of a mosque in the Paris suburb of Pantin for its role in stepping up an online campaign against the teacher murdered last week for showing cartoons of the Prophet Mohammed in class.

The Grand Mosque of Pantin, a suburb to the northeast of the capital, shared a video on its Facebook page before the attack, venting anger towards Samuel Paty, the teacher beheaded over a lesson in which he showed the cartoons to students.

The mosque was ordered to remain closed for six months “for the sole purpose of preventing acts of terrorism”, read a notice from state officials.

The father of a 13-year-old girl in Paty's class, who may not have been in school the day of the lesson, published a series of Facebook videos denouncing the lesson and calling for support in protest.

The mosque shared the video, thereby giving it a wide audience that may have extended to the 18-year-old man suspected of assassinating Paty after school hours last Friday.

Police closed the mosque as part of a broad crackdown on the online spread of hatred since Paty's assassination by a suspected Islamist seeking revenge for using the cartoons to teach students about the debate around freedom of expression and secular values.

Prior to the murder, French President Emmanuel Macron had announced plans to tackle what he calls "Islamist separatism": the attempt by hostile elements within France's large Muslim community to impose conservative Islamic beliefs over French republican values.

M'hammed Henniche, the rector of the mosque in Pantin, expressed regret over sharing the video after it emerged Paty had become the victim of an online campaign of intimidation even before the murder.

Henniche told AFP agency he had shared the video not to endorse the father's complaint but out of concern for Muslim children.

The mosque's Facebook page shared a post on Saturday denouncing “the barbaric murder” of Paty and another post on Sunday calling to join a tribute to Paty in Paris at the weekend.

“We strongly condemn this act of savagery. Islam and its teaching categorically reprove such acts,” the message said.