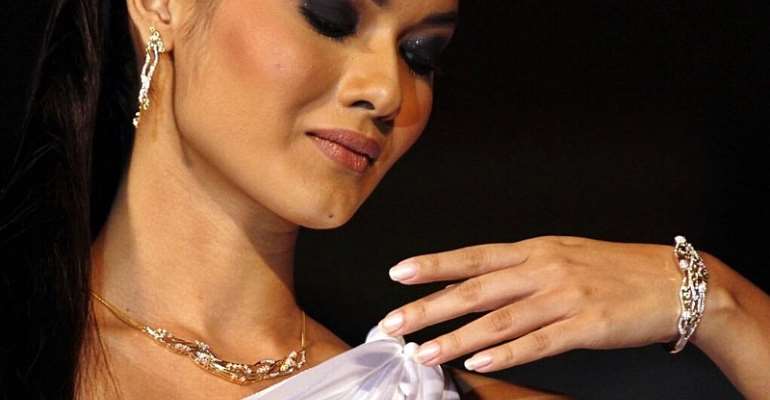 The popular Indian jewellery brand Tanishq has withdrawn an advertisement featuring a Muslim man and his Hindu wife after it sparked backlash by Hindu nationalists. They said the commercial promoted “love jihad”, an accusation that claims Muslims furtively convert Hindu women by marriage.

Following protests, Tanishq pulled its 43-second video, which showed a Hindu bride at a Hindu-style baby shower organised by her Muslim in-laws.

The advertisement aimed to portray interfaith harmony in overwhelmingly-Hindu India, where Muslims account for about 14 percent of the population of 1.3 billion.

The company pasted a public apology on some of their stores in the states of Gujarat and Madhya Pradesh following protests by groups affiliated to India's ruling Hindu nationalist Bharatiya Janata Party (BJP).

“We are deeply saddened with the inadvertent stirring of emotions and withdraw this film keeping in mind the hurt sentiments and wellbeing of our employees, partners and store staff,” the jewellery chain added in a separate statement.

Tanishq is a subsidiary of the Tata group, one of India's largest conglomerates, which faced all-round criticism for giving in without putting up a fight.

“We had expected stiff resistance from the company which in the past resisted all kinds of political pressures,” a senior Tata executive who did not want to be named told RFI.

“Tata did not withdraw the advertisement in the face of trolling on social media. The company withdrew it because they realized that it was hurting the project of the ruling group,” Dayal told RFI.

“After all, 50 percent of Tatas's political donations go to the BJP,” the activist added as #Boycottanishq trended on social media.

India's former junior foreign minister Shashi Tharoor equated Tanishq's targeting to Zugzwang, a dire situation in chess when a player must make a move resulting in his or her own defeat.

“Why is our government taking such steps, or why is our society is in the process of taking steps that is guaranteeing our own failure?” asked Tharoor, an MP.

“Why are we wasting time in dividing ourselves in this pathetic way?”

And popular Indian author Chetan Bhagat warned such attacks could unnerve foreign investors, who pumped in an estimated 42 billion euros into their Indian projects last year.

“This is what businesses assess as political risk, social risk and that has an impact on our growth and on our jobs!” Bhagat told NDTV.

An Indian detergent brand last year faced a similar backlash after it put out an advertisement promoting sectarian brotherhood to boost its sales.

Christian activist Dayal said such attacks are typically launched by a “mechanised infantry” of online trolls and bots run by the Rashtriya Sevak Sangh, the ideological mentor of Modi's BJP.

Amish Sabharwal, an executive with an India-based advertising firm, argued the attacks were designed to deliver a message.

“And that message is: We live in an India which is right now extremely politically charged, we don't have secular voices… It's a mob rule and no other rhetoric could change that,” Sabharwal told India Today.

“Despite the controversy, some Tanishq stores brimmed with customers Tuesday as a shopping frenzy gathered steam in India at the start of a season of festivals.”