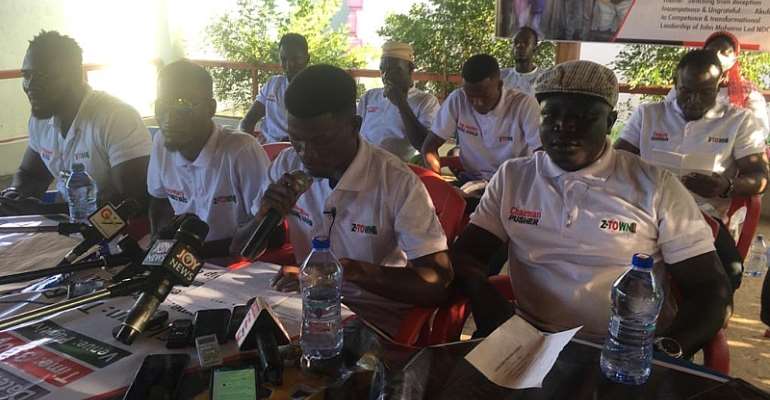 The Upper West Region has seen another case of defections between the ruling New Patriotic Party and the opposition National Democratic Congress.

This time around, a pro-NPP Zongo youth group in the Wa municipality has announced a mass defection to the NDC.

The group, with a membership of over 300 cited neglect, deception and unfulfilled promises by the Akufo-Addo administration as reasons for the defection.

The spokesperson of the group, Abubakari Mohammed Hashim, said they “toiled and tussled for the party in the run-up to the 2016 elections during which we were used as hoodlums with several promises and assurances of transforming our lives.”

But he now laments that “these numerous promises turned out to be mere political talk.”

Mr. Hashim also said they were promised well-paying and sustainable jobs that never materialized after the NPP won power, hence, the defection

But after almost four years under the NPP, he says their “state of unemployment is nothing but sorry and laughable.”

The defectors proceeded to pay tribute to the Upper West Regional NDC Chairman, Abdul Nasser, who they said had catered for them amid the NPP’s purported neglect.

“A sense of hope and self-worth was restored in the youth, especially the youth of Zongo,” Mr. Hashim stated.

The most recent defection in the region saw a three-time Sissala West District Chief Executive (DCE) who served under the NDC defecting to the NPP .

The region also witnessed the bizarre incident where only a group of minors showed up to an NDC swearing-in when the part was expected over 100 defectors from the NPP.

Some were as young as 11-years-old while the oldest was 17.