The African Heat For Change Is On..... 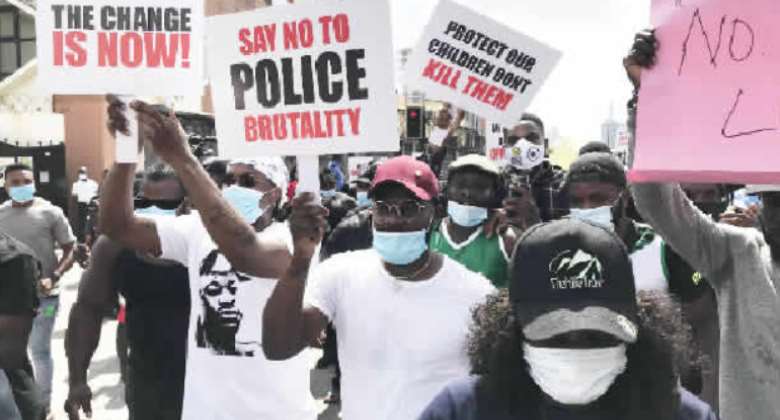 History has shown that a people united with a common front purposed to achieve a goal on the basis of ideas invariably have their way. With unity of purpose devoid of sellouts and bootlickers, the Nigerian youth have shown that they can set the agenda and run the show. In the space of a few weeks, when they stood united and didn't bat an eyelid, the cruel SARS was disbanded with alacrity.

The African heat for change started in Sudan and spread to Mali. It's arrived in Nigeria and hopefully will come to Ghana. Young Africans are taking charge without violence. Having they (Nigerian youth) expressed their lividity, I shudder to ask or wish if that sense of unanimity of indignation can be expressed by Ghanaian youth against the numerous challenges that bedevil us.

Can't we get up one day like our counterparts in Nigeria and say enough of the mediocrity, enough of our future being short-changed that's if we still have a modicum of it which is still not shortchanged, enough of feeding fat on our meagre resources instead of using them for the general good, enough of the carnage on our roads due to bad roads and insecurity leading to high spate of murder and kidnappings, enough of corruption, nepotism and putting square pegs in round holes? In fact, can't we express our frustrations about mediocre institutions? How long are we going to tolerate all these and not show our lividity?

I only hope the fallacy of tokenism won't be a stumbling block when the wind of change finally changes direction to Ghana. The practise of making only a perfunctory or symbolic effort to be inclusive to members of minority groups, especially by recruiting people from underrepresented groups in order to give the appearance of equality.

The fallacy of tokenism and for that matter, the Ghanaian condition is best illustrated as follows; Problem X exists. Solution Y is offered. Solution Y is inadequate to solve problem X but accepted as adequate. This is the duplicitous concept used by leaders to tame the youth. They handpick a few youths and make them feel belong when in the real sense of belonging, the youth are not. This ‘appears to be' gesture discourages the youth from joining forces to fight the common enemy.

Until we get fed up with tokens, disgust the feeling of privilege to be closely associated with politicians and come to the realisation of the divide and rule tactics of our political leaders, we'll be taking for granted for a long time.

Call it wishful thinking, phantasmagoria, hallucination or delusion but one thing is sure, Ghanaian youth won't be sober and meek forever. One day, when we have had it up to our necks, we'll explode like a time bomb. It happened in Nigeria and sooner than later, it will happen in Ghana too.