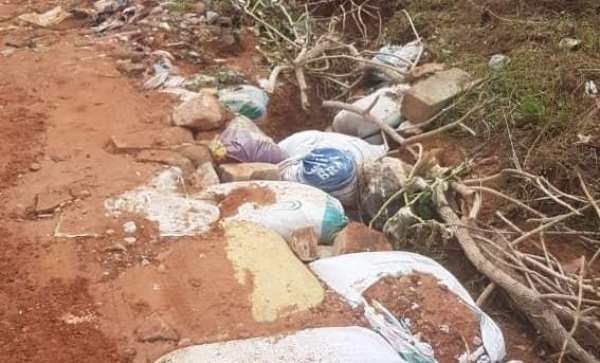 The Municipal Roads Engineer for the Weija Gbawe Municipal Assembly in the Greater Accra Region, Daniel Sowah says the poor road network in Gbawe-Gonse and Gbawe Zero will soon see a facelift.

Residents of the affected areas complained bitterly about the situation during the community watch edition of the Citi Breakfast Show.

While residents of Gbawe Gonse complained about the unbearable traffic as a result of heaps of gravel abandoned on a stretch of the road, residents of Gbawe Zero shared photo evidence revealing deep gullies and widespread potholes.

But, the Municipal Engineer Daniel Sowah, told host of the Citi Breakfast Show, Bernard Avle that the concerns of the residents are being addressed.

“I have spoken to the contractor to come and spread the heaps of sand on the road so that work can continue. The roads at Gbawe Zero have been bad for all these years and our attention has been drawn to it. There are lots of works going on in that jurisdiction. We are going to upgrade the surface of the road for easy vehicular movement”, he assured.

Meanwhile, the Deputy PRO for the Ministry of Roads and Highways, Isaac Adjei Kwakye has debunked allegations that work on some roads have been abandoned.

“In one angle, the contractors [claim they] are not being paid and because of that, work cannot go on. In another breath, they [complain that some persons] are taking 10 percent kickbacks, which can never be true. At the Ministry of Roads and Highways, nothing of that sort is happening. Before such things are prepared, it goes through the Regional Coordinating Council before it comes to the headquarters. If we have money to pay all, we certainly are paying. But to get a contractor and take 10 percent of IPP, it does not work like that,” he said.

JHS graduate appeals for $45,000 to undergo kidney surgery
15 minutes ago

$50million gathered so far for the National Cathedral projec...
59 minutes ago