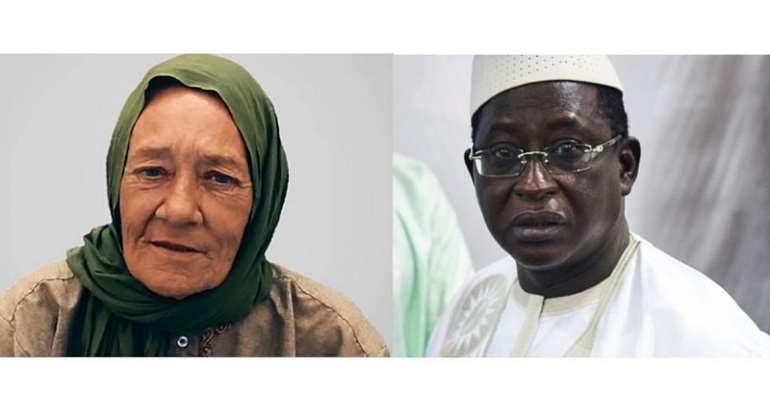 Sophie Pétronin, a 75-year old charity worker and the last French hostage in the world has been freed alongside ex-Malian opposition leader and two Italian hostages. Crowds gathered to welcome them on Thursday night in the Mali capital Bamako.

French President Emmanuel Macron voiced “immense relief” at Pétronin's release, and said he was "happy to know she is free".

"To the Malian authorities, thank you," he tweeted. "The fight against terrorism in the Sahel continues." Pétronin, who was kidnapped on 24 December 2016, was the last French citizen to be held hostage anywhere in the world.

Footage shared on social media showed a frail, white-robed Pétronin descending from a plane, to an emotional greeting from her son, Sebastian Chadaud-Pétronin in Bamako.Shortly after greeting her son, Pétronin spoke to reporters.

“Deep down, I was certain that I would come back,” she said. “That I wouldn't die in between. And I told myself, don't give too much importance to death. Because you don't know where, when or how it's going to happen.”

“The Malian authorities were excellent,” Pétronin added. “Everything happened calmly, with a smile. It was really high-level.”

Cissé, a three-time presidential candidate and former opposition leader, was also hugged by loved ones and greeted by cheering crowds on his way home.

“It was a difficult period, but it has been overcome,” said the 70-year-old politician.

Hundreds of Cissé's supporters gathered at Bamako airport to greet him on his arrival.

News of the hostages' release on Thursday came after the government freed over 100 jihadists over the weekend, sparking speculation of a prisoner swap for Pétronin and Cissé.

It was not immediately clear whether the two had arrived in Bamako on the same flight.

The Malian presidency has not said how it managed to obtain the hostages' release.

Pétronin was abducted by gunmen in December, 2016, in the northern city of Gao, where she was working for a children's charity.

Cissé, a former opposition leader and three-time presidential candidate, was kidnapped earlier this year on 25 March while campaigning in his home region of Niafounke, central Mali, ahead of parliamentary elections.

Maccalli, a priest, was abducted in neighbouring Niger in 2018.

Chiacchio went missing in northern Mali last year while on a solo bicycle trip, according to Italian media.