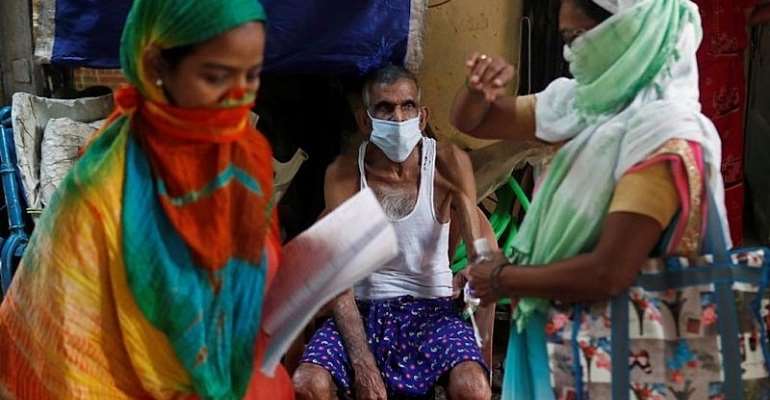 A project to reward police officers hunting for missing kids in India's capital city may have paid off, but millions of children run the risk of slipping into slavery as the coronavirus pandemic has increased pressure on families to put their sons and daughters into forced labour in the south Asian nation.

The police said the number of children rescued tripled in August in Delhi, where 20 children vanish without a trace every day. Indian Nobel peace laureate Kailash Satyarthi warned such children could be pulled easily into prostitution and slavery. T.R. Kakkar, a former police chief, blamed abject poverty as the main reason for the large-scale disappearances.

Around 174 minors go missing everyday in India and only half of them are ever found. Some run away from unhappy homes as Mr. Kakkar suggested. Many are sold off by their parents for sex work or forced labor, or are simply abducted by human traffickers.

The figures could soon change for the worse. The Centre for Monitoring Indian Economy, a think-tank, estimated 122 million migrant workers lost their livelihood after India, with almost no warning, put its 1.3 billion people under a stringent lockdown in March.

Children bore the brunt of the exercise as their jobless parents fled from shuttered cities to the countryside and then returned soon after finding no work in their native villages. Amod Kanth, a child rights advocate, warned the problem was sure to linger.

But experts such as Anondolal Banerjee, a former police chief of Uttar Pradesh state, believed trafficking for servitude dipped during the lockdown as public transport was suspended and curfew imposed to try and halt the spread of the virus, which has infected more than 6.5 million people so far.

Girls sell for less than 'healthy goats' in Indian state

India has strict laws against child labor or prostitution and yet some 5,000 people are trafficked each year. In 2018, the eastern state of Jharkhand posted the highest number of cases of trafficking while Maharashtra in the west, of which Mumbai is capital, was ranked second.

Young women can be brought for 349 euros in Jharkhand through easy monthly installments, reported online news portal The Print. “Healthy goats” cost twice as much in the farm-dependent state, it added.

Advocacy groups such as Bachpan Bacaho Andolan – or Save Childhood Campaign -- estimate that child trafficking in India annually generates more than 17 billion euros in illicit profits.

Lalitha Kumaramangalam, former chief of a national women watchdog in a public TV debate called for comprehensive action to neutralize trafficking during the health emergency.

Number of forced child marriages on the increase

Save the Children recently estimated pandemic-led poverty could globally drive 500,000 more girls into forced marriages in 2020.

Childline India, a local charity, intervened in 5,333 such illegal marriages between March and May.

When the lockdown eased in June and July, child marriages spiked, marking a 17 percent increase over the previous year, an official from the charity told the Hindustan Times daily newspaper.