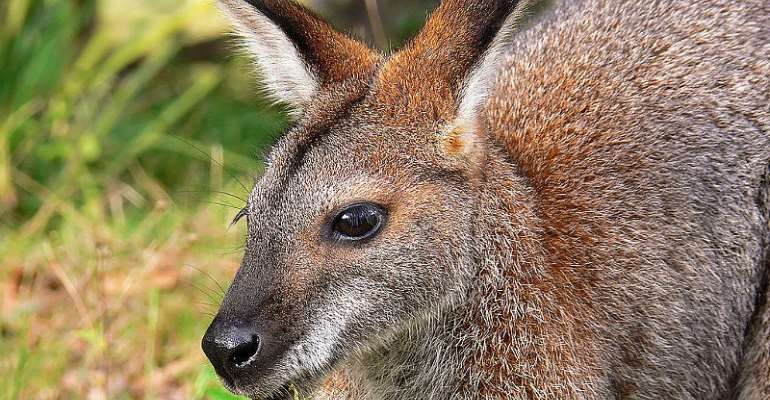 One hundred wallabies have been living wild in Rambouillet forest, southwest of Paris, for the last forty years. Observers are concerned that their numbers have rapidly declined; only four the small mammals were sighted in 2019, compared to 34 in 2018 and none so far in 2020. What is behind this mysterious disappearance?

At the end of the 1970s, two dozen wallabies escaped from the Sauvage zoo and nature reserve, in Emancé in the Yvelines area, 40 kilometres southwest of Paris.

Since then, the Rambouillet Forest research Centre (Cerf) has been studying the species of small kangaroo which originally came from Tasmania.

In 2015, a study carried out estimated there were over 100 living in the wild, a number which has dropped considerably in the past two years. Four of the small marsupials were sighted in 2019, compared to 34 in 2018, and none have been sighted in the Rambouillet area so far this year.

Measuring 70-90 centimetres in height, these grey-brown creatures have been able to adapt, breed and survive in the Rambouillet forest, much of which is private hunting property.

Over the years, the wallabies have been seen beyond the confines of the forest, much to the surprise of local authorities and residents, and not just in the Rambouillet area.

In May this year, a wallaby was sighted in the southwest Loire-Atlantique region by a local resident who stopped to film the animal by the side of the road.

In 2017, one of the suburban train lines linking the district with Paris, was delayed due to the presence of wallabies on the tracks.

Local towns have in the past had to provide certificates attesting to the presence of wallabies in the region for drivers who have collided with the animals and needed a claim for their insurance.

Besides the accidents, the wallaby population appears to be diminishing for other reasons which have not yet been confirmed.

For Olivier Marcand, a member of the Ile-de-France Hunters' federation (Ficif), the main reason behind lower numbers is the closure of the Sauvage nature reserve in 2017.

The fact that several wallabies managed to escape each year meant the population continued to grow, but that is no longer the case.

Marcand told the Journal du Dimanche weekly newspaper that it is forbidden to hunt the wallabies, so the colony is probably dying out through natural ageing.

They don't have any predators, they are not on the protected wildlife list in France, nor are they considered a pest.

"I fear that they are dying out, and no one really cares. It's sad," Bruno Munilla, director of research on mammals for the Cerf told the Journal du Dimanche, insinuating that if the animals were not being hunted, then perhaps they have become the target of poachers or collectors of exotic species.

Munilla recently recognised a Bennett wallaby which appeared advertised on the social media platform Snapchat. Next to a photograph, taken inside an apartment in Les Mureaux, in the Yvelines, were the words "Kangaroo still available; 1,300 euros."