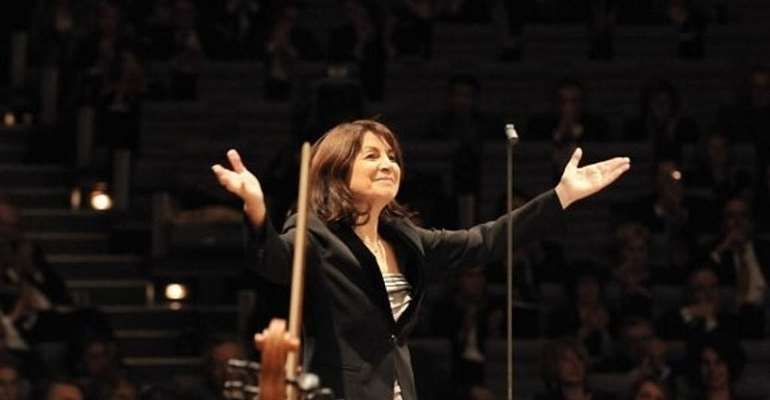 The final of the first-ever International Competition for Women Conductors is to take place at the Philharmonie de Paris on Friday, with three finalists showcasing pieces chosen from a set repertoire. As well as cash prizes, the young women will walk away with a personalized concert schedule and a chance to raise their profiles on prestigious stages in France and around the world.

La Maestra Competition and Academy for Women Conductors is a joint project, established by the Paris Mozart Orchestra and the Philharmonie de Paris to offer more support and visibility to women conductors, a branch still dominated by men.

The organization is aiming to shake things up with the first international competition of female conductors, held at the Philharmonie de Paris, 15-18 September, in Paris.

A jury of 6 men and women conductors were invited to participate, chaired by Ewa Bogusz-Moore, the General and Programme director of the National Polish Radio Symphony Orchestra.

The twelve competitors selected for this first-of-its-kind competition were chosen from a list of 200 applicants, representing 51 nationalities.

Two year mentoring programme
Each candidate was required to present several works from a set list, which included masterworks from the 18th to the 20th century (such as Beethoven and Bartok) and new commissions by two contemporary composers; Humus by France's Alexandra Grimal: and Was Beethoven African? by Italian composer Fabio Vacchi.

The preliminary heats, which  were open to the public for free, and broadcast online in partnership with Arte Concert, were an intriguing experience for curious spectators who wished to see how a rehearsal actually takes place, with each conductor giving instructions and feedback in English.

The final, which takes place on Friday evening, will award three financial prizes, of 20,000 euros, 10,000 euros and 5,000 as well as professional concert engagements, and a two year mentoring programme with the Philharmonie de Paris under its director Laurent Bayle, and the Paris Mozart Orchestra, directed by Claire Gibault, as well as their local and international partners.

La Maestra Competition insists that even though women are well represented in general in the field of music, only 4 percent of conductors programmed by French musical institutions are women.

"In Europe, only 6 percent of guest conductors are women," it states on its website, adding that "no permanent state-funded French orchestra can boast a female music director today."

That trend is about to change.